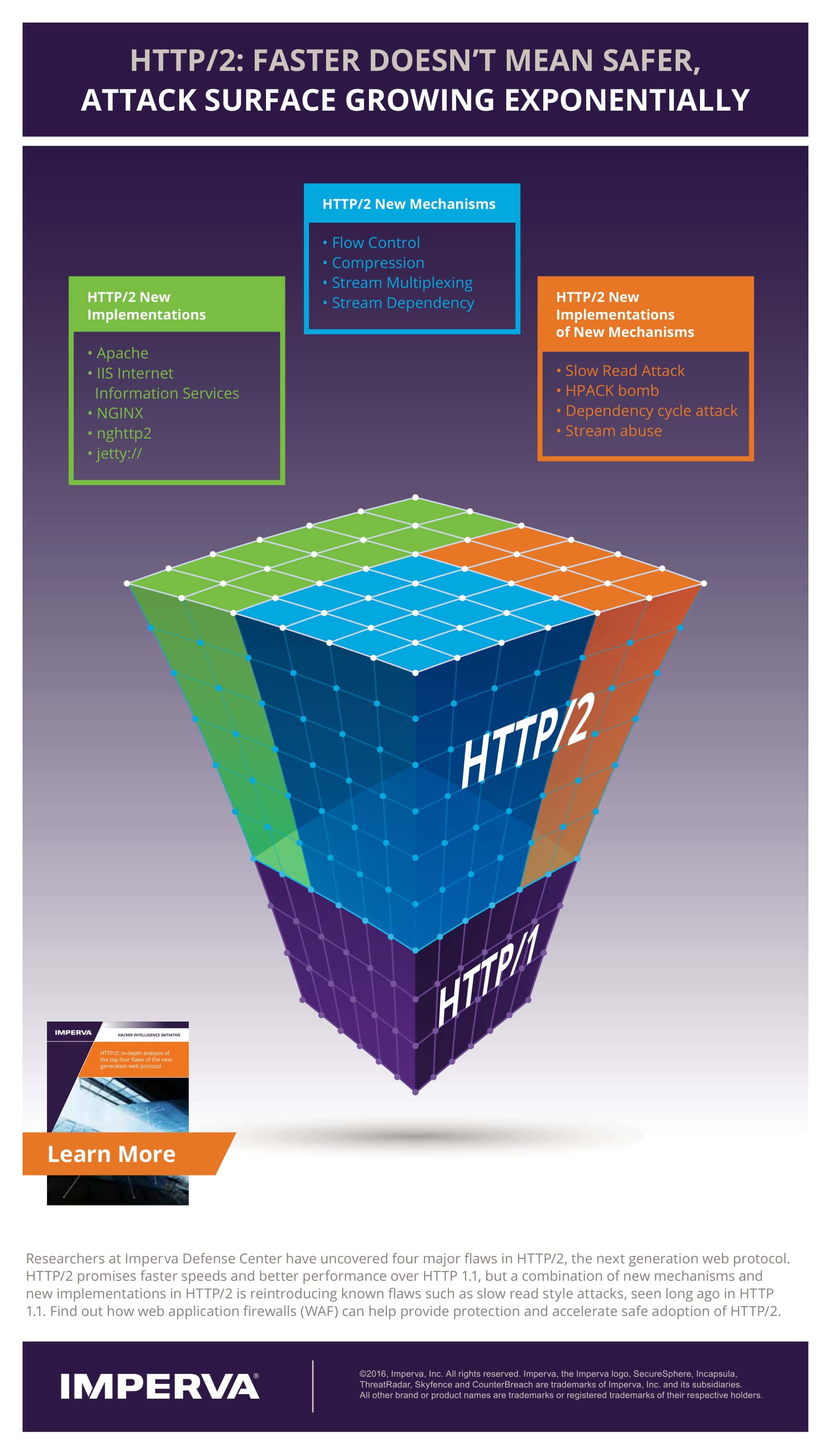 Download Infographic Now
Researchers at the Imperva Defense Center have analyzed four high-profile vulnerabilities in HTTP/2, the latest implementation of the Worldwide Web’s underlying protocol. While HTTP/2 promises faster speeds and better performance over HTTP 1.1, its combination of new mechanisms and new implementations also reintroduces some of the known flaws which were present in earlier versions.