"With Imperva, we are able to focus on managing our business: the world’s largest investment network. Their experience in protecting financial institutes and online trading companies is clearly apparent, and I’m happy that we have made the right choice." 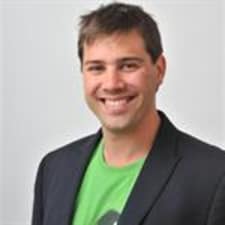 eToro empowers more than 2.75 million users in more than 140 countries worldwide to trade currencies, commodities and stocks through an innovative online and mobile investment platform and an active trading community, with thousands of new accounts created every day.

As an online trading company, eToro operates in a complex environment: through the use of HTTP/HTTPS sites, Flash applications, and proprietary API’s (both web-based and application-based), the company processes thousands of transactions every minute. eToro’s trading infrastructure is a highly available and redundant environment built to sustain failure and ensure system uptime for all its users worldwide. When the company experienced network DDoS attacks that were causing repetitive availability issues on the trading systems. The company’s IT department, together with their hosting provider, attempted to deal with these attacks. This required a significant amount of time and human resources, which shifted focus from other critical system support tasks, despite not fully mitigating the attacks.

Johnathan Assia, CEO: “As the largest social trading community today, with millions of people trading at any given time, our company cannot afford the slightest disruption to our service. We started looking for a solution that could not only mitigate all DDoS attacks, but also handle our multiple environments (HTTP/S, Flash and proprietary API’s). Since we process financial transactions, we required a service that would be PCI Compliant, but more importantly would be transparent such that it would not impact our traders’ user experience even when undergoing a DDoS attack. It was also imperative that we work with a provider that could support us 24×7 and get us setup quickly”

With multiple websites, trading systems and proprietary API’s, implementing Imperva had to be done quickly but carefully, to make sure that eToro would not experience any downtime during the process.

With vast experience protecting social platforms, financial companies and online trading systems, Imperva was able to get eToro on the service relatively quickly, immediately detecting that eToro was suffering from both network (Layer 3 & 4) and application (Layer 7) DDoS attacks that were causing system instability.

Once on the service, Imperva was able to absorb all the attack traffic with its network’s backbone and filter the applicative attacks too, relying heavily on bot detection and progressive DDoS challenge technology to block 100% of attackers transparently, without affecting any real users.

Imperva is now an important component of eToro’s security infrastructure. When under DDoS, traffic is routed through Imperva for screening, where malicious traffic and DDoS attacks are blocked automatically.

See how we can help you secure your web apps and data.
Free TrialSchedule Demo