The choice of infrastructure architecture is critical to shaping a CDN’s product identity while also defining the value of its offering. The basic building blocks of CDN infrastructures are PoPs (points of presence)—regional data centers responsible for communicating with users in their proximity.

Using regional content distribution centers cuts down on round-trip time (RTT), making your website faster and more responsive for all visitors, regardless of their geolocation. 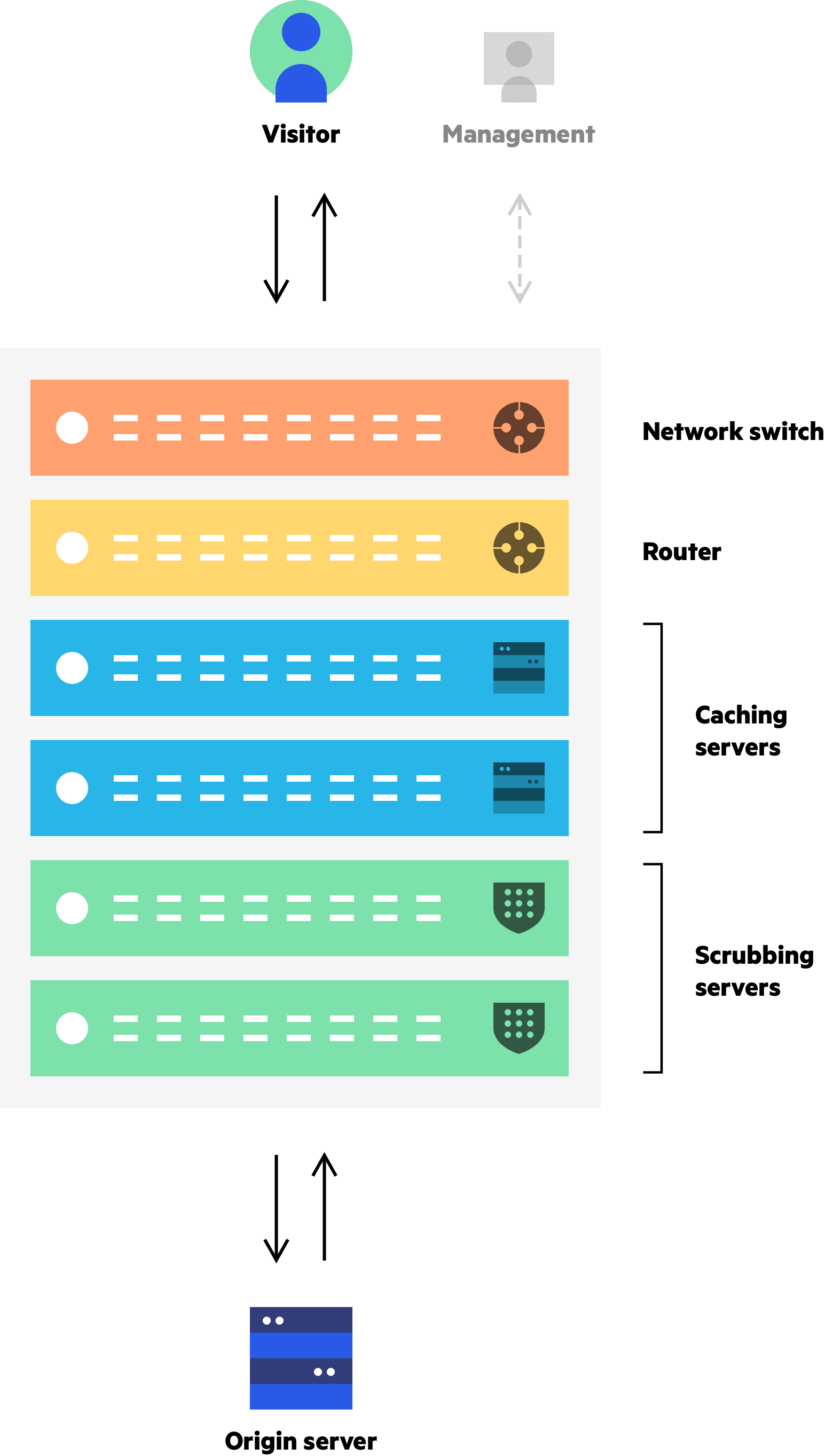 Remember, a CDN’s job is to enhance your regular hosting by reducing bandwidth consumption, minimizing latency and providing the scalability needed to handle abnormal traffic loads. These tasks can only be achieved by a robust network architecture—one that turns your CDN into a dedicated fast lane on the information superhighway.

Round-trip time (RTT) is the number of milliseconds (ms) it takes for a browser to send a request and receive a response back from a server. RTT is not influenced by file size or the speed of your Internet connection. Instead, it’s affected by:

RTT is where the battle for speed is typically won and lost, since no rendering in the user’s browser can begin before the initial outgoing request for the HTML file is returned.

The Four Pillars of CDN design

One of a CDN’s main missions is to minimize latency. From an architectural standpoint, this means having to build for optimal connectivity, where PoPs are located at major networking hub intersections where data travels.

Physical facilities are another important consideration. As a rule, you always want your PoP to be in a premium data center where backbone providers peer with each other and your CDN provider has established peering agreements with other CDNs and major carriers. Such agreements enable CDNs to significantly reduce round-trip times and improve bandwidth utilization.

Built for high-speed and high-volume routing, CDNs are expected to handle any amount of traffic. CDN architecture should address these expectations by providing ample networking and processing resources on all levels—down to computing and caching resources available on each of the caching servers.

As one would expect, CDNs offering DDoS protection services have much higher scalability requirements. To address these needs, they deploy dedicated servers built for DDoS mitigation (scrubbers). These can individually handle network-sized amounts of traffic, processing tens of gigabytes each second.

As a rule, commercial CDNs adopt a “no single point of failure” approach, both by carefully phasing maintenance cycles and by integrating additional hardware and software redundancy. Many also manage internal failover and disaster recovery systems that auto-route traffic around downed servers. For additional redundancy, CDN providers also deal with multiple carriers and rely on dedicated out-of-band management channels that allow them to interact with servers in case of disaster.

With a global-sized network, CDNs continually strive to improve responsiveness—measured in the amount of time it takes for network-wide configuration changes to take effect.

Keep in mind that even small configuration changes, like an order to purge a specific image from cache or the addition of an address to a blacklisted IP list, need to be communicated across all PoPs. The larger and more geographically spread out the network, the longer it takes to accomplish this.

To ensure good quality of service to customers, the CDN should be designed with quick configuration propagation in mind. This is commonly achieved with a combination consolidate.

The modern cache server is a state-of-art content delivery machine, with increased RAM and CPU throughput, complemented by a high-capacity solid state drives (SSDs). RAM and SSD are used to provide high-speed access to cached objects, with RAM—being the faster of the two—used to store the more frequently-used items. 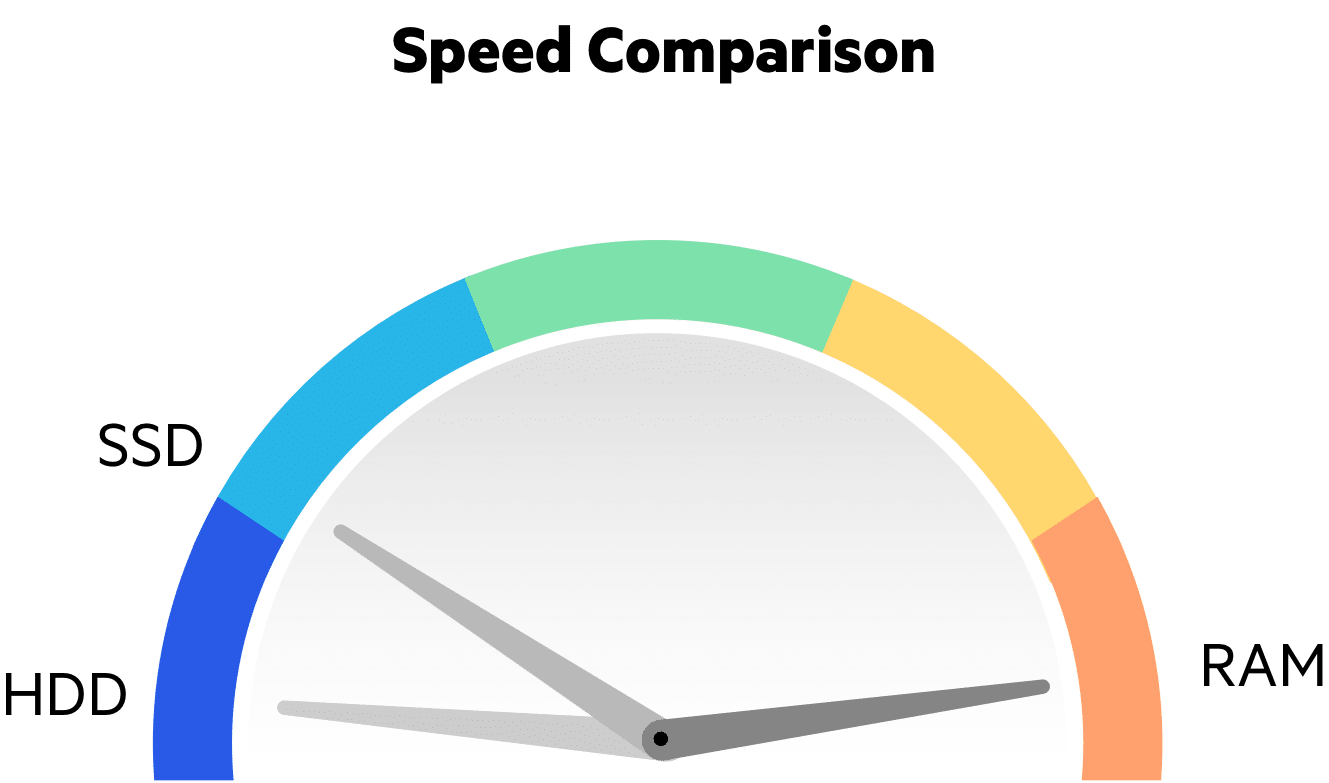 While some CDNs still use electromechanical hard drives (HDD), SSDs are rapidly becoming the industry standard. CDNs are about speed, and benchmark tests show SSDs to be significantly faster—even when compared to 7200 rpm HDDs.

One of a CDN’s main missions is to minimize latency. From an architectural standpoint, this means having to build for optimal connectivity, where PoPs are located at major networking hub intersections where data travels.

Physical facilities are another important consideration. As a rule, you always want your PoP to be in a premium data center where backbone providers peer with each other and your CDN provider has established peering agreements with other CDNs and major carriers. Such agreements enable CDNs to significantly reduce round-trip times and improve bandwidth utilization.

Scattered CDNs operate a high number of medium and low-capacity PoPs, which densely populate select geographic regions. This topology focus is on optimal physical proximity. Consequently, it’s not uncommon to find PoPs positioned very close to one another—often no more than a few dozen miles apart.

Early CDNs, deployed during a transition period between copper and fiber wiring, relied on the scattered model.

Consolidated CDNs operate a small number of high-capacity PoPs, which are strategically positioned in major data centers, to serve a wider populace. This network topology represents a more modern approach to content delivery that was made possible by the evolution of Internet connectivity.

The main benefit of a consolidated topology is its centralized infrastructure, which enables agile management and rapid configuration deployments. This benefits both end users and the network operator, offering more control and better overall responsiveness.

Additionally, the high-capacity PoPs are more resilient, specifically when it comes to DDoS attack mitigation.

Cost is always a consideration when comparing online products, and it’s no different for CDNs. Scattered CDNs usually require substantial operating budgets. These costs are often passed on to the consumer, resulting in higher pricing.

As a rule, consolidated CDNs are generally more affordable, with savings resulting from integrated efficiencies.

Of course, none of this is a given, as price-points are influenced by more than network topology.