DDoS meaning: What is DDoS?

Unlike other kinds of cyberattacks, DDoS assaults don’t attempt to breach your security perimeter. Rather, a DDoS attack aims to make your website and servers unavailable to legitimate users. DDoS can also be used as a smokescreen for other malicious activities and to take down security appliances, breaching the target’s security perimeter.

A successful distributed denial of service attack is a highly noticeable event impacting an entire online user base. This makes it a popular weapon of choice for hacktivists, cyber vandals, extortionists and anyone else looking to make a point or champion a cause.

DDoS attacks can come in short bursts or repeat assaults, but either way the impact on a website or business can last for days, weeks and even months, as the organization tries to recover. This can make DDoS extremely destructive to any online organization. Amongst other things, DDoS attacks can lead to loss of revenues, erode consumer trust, force businesses to spend fortunes in compensations and cause long-term reputation damage.

The differences between regular and distributed denial of service assaults are substantive. In a DoS attack, a perpetrator uses a single Internet connection to either exploit a software vulnerability or flood a target with fake requests—usually in an attempt to exhaust server resources (e.g., RAM and CPU).

On the other hand, distributed denial of service (DDoS) attacks are launched from multiple connected devices that are distributed across the Internet. These multi-person, multi-device barrages are generally harder to deflect, mostly due to the sheer volume of devices involved. Unlike single-source DoS assaults, DDoS attacks tend to target the network infrastructure in an attempt to saturate it with huge volumes of traffic.

A botnet is a collection of hijacked connected devices used for cyber attacks that are controlled remotely from a Command & Control Center (C&C). These typically include personal computers, mobile phones, unsecured IoT devices, and even resources from public cloud services. Attackers use malware and other techniques to compromise a device, turning it into a “zombie” in the attacker’s botnet.

Botnets enable attackers to carry out DDoS attacks by harnessing the power of many machines and obscuring the source of the traffic. Since traffic is distributed, it is difficult for security tools and teams to detect that a DDoS attack is occurring until it is too late.

To learn more about large-scale DDoS infrastructure, see our article on DDoS botnets.

DoS attacks can be divided into two general categories—application layer attacks and network layer attacks. Each of these types of DDoS attacks define certain parameters and behaviors used during the attack, as well as the target of the attack.

Gaming website hit with a massive DNS flood, peaking at over 25 million packets per second

The size of application layer attacks is typically measured in requests per second (RPS), with no more than 50 to 100 RPS being required to cripple most mid-sized websites.

Any of these can be used to prevent access to your servers, while also causing severe operational damages, such as account suspension and massive overage charges.

DDoS attacks are almost always high-traffic events, commonly measured in gigabits per second (Gbps) or packets per second (PPS). The largest network layer assaults can exceed hundreds  Gbps; however, 20 to 40 Gbps are enough to completely shut down most network infrastructures.

“DDoSsing” describes the act of carrying out a DDoS attack. Denial of service attacks are launched by individuals, businesses and even nation-states, each with their own motivation.

Hacktivists use DoS attacks as a means to express their criticism of everything, from governments and politicians, including “big business”, and current events. If hacktivists disagree with you, your site is going to go down (a.k.a., “tango down”).

Less technically-savvy than other types of attackers, hacktivists tend to use premade tools to wage assaults against their targets. Anonymous is perhaps one of the best-known hacktivist groups. They’re responsible for the cyber attack in February 2015 against ISIS, following the latter’s terrorist attack against the Paris offices of Charlie Hebdo, as well as the attack against the Brazilian government and World Cup sponsors in June 2014.

Cyber vandals are often referred to as “script kiddies”—for their reliance on premade scripts and tools to cause grief to their fellow Internet citizens. These vandals are often bored teenagers looking for an adrenaline rush, or seeking to vent their anger or frustration against an institution (e.g., school) or person they feel has wronged them. Some are , of course, just looking for attention and the respect of their peers.

Alongside premade tools and scripts, cyber vandals will also result to using DDoS-for-hire services (a.k.a., booters or stressers), which can be purchased online for as little as $19 a pop.

An increasingly popular motivation for DDoS attacks is extortion, meaning a cybercriminal demands money in exchange for stopping (or not carrying out) a crippling DDoS attack. Several prominent online software companies—including MeetUp, Bitly, Vimeo, and Basecamp—have been on the receiving end of these DDoS notes, some going offline after refusing to succumb to the extortionists’ threats.

Similar to cyber-vandalism, this type of attack is enabled by the existence of stresser and booter services.

DDoS attacks are increasingly being used as a competitive business tool. Some of these assaults are designed to keep a competitor from participating in a significant event (e.g., Cyber Monday), while others are launched with a goal of completely shutting down online businesses for months.

One way or another, the idea is to cause disruption that will encourage your customers to flock to the competitor while also causing financial and reputational damage. An average cost of a DDoS attack to an organization can run at $40,000 per hour.

Business-feud attacks are often well-funded and executed by professional “hired guns,” who conduct early reconnaissance and use proprietary tools and resources to sustain extremely aggressive and persistent DDoS attacks.

State-sponsored DDoS attacks are being used to silence government critics and internal opposition, as well as a means to disrupt critical financial, health, and infrastructure services in enemy countries.

These attacks are backed by nation-states, meaning they are well-funded and orchestrated campaigns that are executed by tech-savvy professionals.

DoS attacks can be used to settle personal scores or to disrupt online competitions. Such assaults often occur in the context of multiplayer online games, where players launch DDoS barrages against one another, and even against gaming servers, to gain an edge or to avoid imminent defeat by “flipping the table.”

Read our article to learn more about DDoSing in online gaming.

DDoS for hire providers offer to perform DDoS attacks on the behalf of others for payment. These threat actors are known by multiple names, including DDoSser, booters, and stressers. The wide availability of DDoS for hire makes it possible for almost anyone to wage large-scale attacks.

One reason actors may go by a particular name is to appear as a legal service. For example, stressers typically claim to offer services for stress testing server resilience. However, these actors often do not verify the owner of the server they are “testing” to ensure tests are legitimate.

In contrast, actors who refer to themselves as booters and DDoSsers typically don’t try to hide the illegal nature of their services. 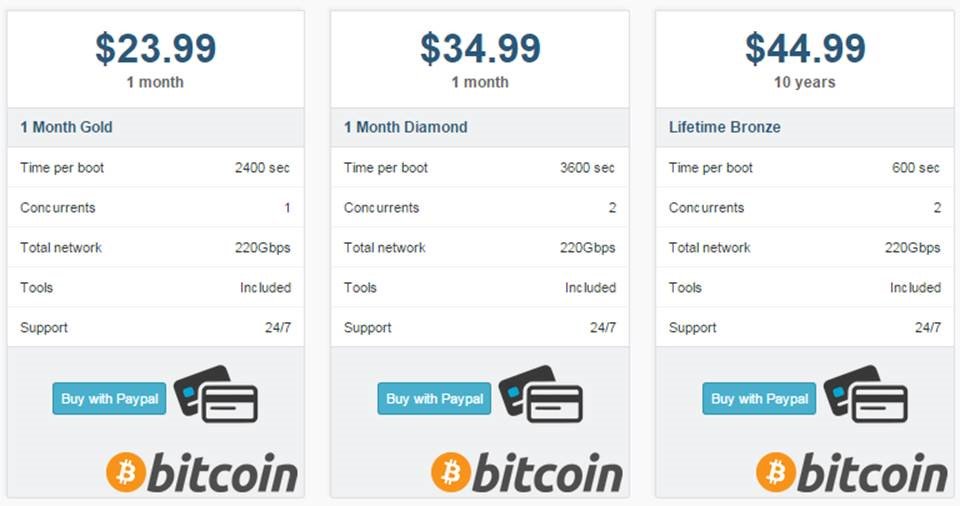 To learn more about types of DDoS attackers, see our article on DDoSsers, booters and stressers.

How to stop DDoS attacks: DIY

You can’t prevent DoS assaults. Cybercriminals are going to attack. Some are going to hit their targets, regardless of the defenses in place. However, there are a few preventive measures you can take on your own:

To truly protect against modern DDoS attacks, you should use a DDoS mitigation solution. Solutions can be deployed on-premises, but are more commonly provided as a service by third-party providers. We explain more about DDoS mitigation services in the following section.

To learn more about DIY, on-premise, and cloud service approaches to DDoS protection, see our article on how to stop DDoS attacks.

This first step in selecting a DDoS mitigation solution is to assess your risk. Important basic questions include:

Armed with this information, it’s then time to prioritize your concerns, examining various DDoS mitigation options within the framework of your security budget.

If you’re running a commercial website or online applications (e.g., SaaS applications, online banking, e-commerce), you’re probably going to want 24×7, always-on protection. A large law firm, on the other hand, may be more interested in protecting its infrastructure—including email servers, FTP servers, and back office platforms—than its website. This type of business may opt for an ”on demand“ solution.

The second step is to choose the method of deployment. The most common and effective way to deploy on-demand DDoS protection for your core infrastructure services across an entire subnet is via border gateway protocol (BGP) routing. However, this will only work on demand, requiring you to manually activate the security solution in case of an attack.

Consequently, if you’re in need of always-on DDoS protection for your web application, you should use DNS redirection to reroute all website traffic (HTTP/HTTPS) through your DDoS protection provider’s network (usually integrated with a content delivery network,). The advantage of this solution is that most CDNs offer on-call scalability to absorb volumetric attacks, at the same time minimizing latency and accelerating content delivery.

Dealing with network layer attacks required requires additional scalability—beyond what your own network can offer.

Consequently, in the event of an assault, a BGP announcement is made to ensure that all incoming traffic is routed through a set of scrubbing centers. Each of these has the capacity to process hundreds of Gbps worth of traffic. Powerful servers located in the scrubbing centers will then filter out malicious packets, only forwarding the clean traffic to the origin server through a GRE tunnel.

This method of mitigation provides protection against direct-to-IP attacks and is usually compatible with all types of infrastructures and communication protocols (e.g., UDP, SMTP, FTP, VoIP).

Protecting against an NTP amplification attack: 180Gbps and 50 million packets per second

Mitigation of application layer attacks relies on traffic profiling solutions that can scale on demand, while also being able to distinguish between malicious bots and legitimate website visitors.

For traffic profiling, best practices call for signature-based and behavior-based heuristics, combined with IP reputation scoring and a progressive use of security challenges (e.g., JS and cookie challenges).

Together, these accurately filter out malicious bot traffic, protecting against application layer attacks without any impact to your legitimate visitors.

To learn more about how third-party DDoS services work, see our articles on: DDoS mitigation and Anti-DDoS protection