DDoS stands for “Distributed Denial of Service.” A DDoS attack is a malicious attempt to make a server or a network resource unavailable to users, usually by temporarily interrupting or suspending the services of a host connected to the Internet.

Unlike a Denial of Service (DoS) attack, in which one computer and one internet connection are used to flood targeted resources with packets, a DDoS attack uses many computers and many Internet connections, often distributed globally in what is referred to as a botnet.

There are 3 main types of DDoS attacks, each with its own unique protection strategy and tools:

Volume-based attacks generate a large volume of network-level requests, overwhelming network equipment or servers. These can include UDP floods, ICMP floods, and other attacks with spoofed network packets.

To protect against volume-based attacks, anti-DDoS providers perform large-scale “scrubbing”, using cloud servers to inspect traffic, discard malicious requests and let legitimate ones through. This approach can deal with massive, multi-gigabyte DDoS attacks. This is also known as DDoS deflation.

Protocol attacks generate requests that leverage weaknesses in network protocols. These include SYN floods, fragmented packets, and the Ping of Death.

In an application layer attack, attackers generate a large number of requests to web applications or other software applications, which appear to come from legitimate users. These include GET/POST floods, low-and-slow attacks, or specific attacks against Apache or Windows vulnerabilities. 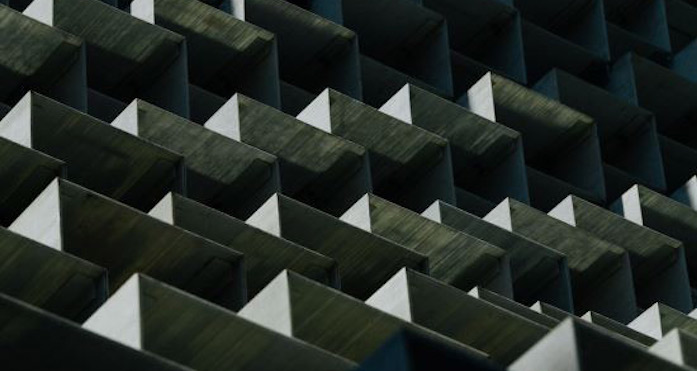 END_OF_DOCUMENT_TOKEN_TO_BE_REPLACED

However, software and script-based solutions can only offer partial protection from DDoS attacks, are prone to false-positives, and will not help mitigate volume-based DDoS attacks. Locally-installed software is easily overwhelmed than appliances or Cloud-based solutions, which are much more scalable in the face of large attacks.

DDoS attacks attempt to overwhelm the server/firewall by flooding it with a high volume of seemingly legitimate requests.

Traditional firewalls are hard-pressed to effectively block DDoS attacks, often themselves becoming the bottleneck for the massive volume of requests, and making the attack worse.

Web application firewalls (WAF) can act as an anti-DDoS firewall, which can intelligently weed out bad requests, are an effective and economical alternative for DDoS protection. WAFs, often deployed in the Cloud, respond to suspicious application requests by sending a cookie or other response – ensuring the user is real and the request is valid, before allowing access into the system.

Anti-DDoS hardware is a physical layer of protection between potential attackers and your network. Although anti-DDoS hardware can protect from certain types of attacks – other types, like DNS attacks, are not influenced at all by hardware, as the damage is done before traffic even reaches the device.

Hardware protection can be expensive. In addition to the capital expense of the hardware itself, there are significant operating expenses of the facilities and skilled manpower required to maintain, house, and run the equipment. Additional costs are equipment depreciation and upgrades.

One common method of mitigating the risks of a DDoS attack involves contracting with a DDoS-ready hosting provider, that already has the equipment necessary to absorb bad traffic in the event of a DDoS attack. However, Anti-DDoS hosting is limited in efficacy and significantly more costly than traditional hosting.

Within the Anti-DDoS hosting ecosphere, there are generally two options available to web site owners:

However, neither option provides intelligent application layer DDoS mitigation. Moreover, Anti-DDoS hosting is less cost-effective than other options, because absorbing DDoS traffic comes at a cost and does not provide smart behavior/signature-based identification.

In a typical Anti-DDoS hosting scenario, website owners pay on an ongoing basis for bandwidth used to absorb a potential attack – even if no such attack is ongoing. A more cost-effective and flexible choice is to identify attacks, and scale on-demand to respond to them.

Imperva addresses each of the three primary types of DDoS attacks:

Imperva mitigates protocol attacks by blocking “bad” traffic before it reaches your site. Imperva does this by differentiating between malicious or automated clients and legitimate website visitors (human or bot).

In any of these scenarios, Imperva DDoS mitigation is managed outside your network. This means that only filtered traffic reaches your hosts – protecting your investment in hardware, software, and network infrastructure, while ensuring business continuity.

Imperva’s extensive DDoS threat knowledge base includes new and emerging attack methods, and is constantly-updated, drawing on information aggregated from thousands of protected organizations. Imperva identifies new threats as they emerge, detects malicious users, and applies remedies in real-time across all protected websites.

In addition, Imperva can protect four types of environments against DDoS attacks:

Imperva provides comprehensive, cloud-based DDoS protection. The solution blocks attack traffic at the edge, ensuring business continuity with guaranteed uptime, and no performance impact. Our multi-layered approach secures all your assets, wherever they are, on-premises or in the cloud – whether you’re hosted in AWS, Microsoft Azure, or Google Public Cloud.

In addition to DDoS protection, Imperva protects applications, APIs, and microservices with the industry’s only defense-in-depth approach. The Imperva application security solution includes:

Web Application Firewall – Imperva provides a world-class analysis of web traffic to your applications, enabling you to prevent attacks and ensure business continuity.

API Security – Imperva shields your applications from exploitation with automated API protection, enabling you to ensure your API endpoints are protected as soon as your DevOps teams publish them.

DDoS Protection – Imperva blocks attack traffic at the edge, ensuring business continuity with guaranteed uptime, and no performance impact. Our multi-layered approach secures all your assets, wherever they are, on-premises or in the cloud – whether you’re hosted in AWS, Microsoft Azure, or Google Public Cloud.