WP What is Data Encryption | From DES to Modern Algorithms | Imperva

What is Data Encryption

Data encryption is a method of converting data from a readable format (plaintext) into an unreadable, encoded format (ciphertext). Encrypted data can only be read or processed after it has been decrypted, using a decryption key or password. Only the sender and the recipient of the data should have access to the decryption key.

As you deploy an encryption solution, you should be aware that encryption is vulnerable to attack from several directions:

Data Encryption Standard (DES) is a now-outdated symmetric encryption algorithm—you use the same key to encrypt and decrypt a message. DES uses a 56-bit encryption key (8 parity bits are stripped off from the full 64-bit key) and encrypts data in blocks of 64 bits. These sizes are typically not large enough for today’s uses. Therefore, other encryption algorithms have succeeded DES:

Data At Rest and Database Encryption

Data at rest is data that does not travel between networks or devices. It includes data on a laptop, hard drive, flash drive, or database. Data at rest is attractive to attackers as it often has meaningful file names and logical structures, which can point to personal information, credit cards, intellectual property, healthcare information, etc.

If your company does not properly dispose of its data assets, it can create security risks for itself and its customers. Always assume that attackers can access data at rest. Minimizing the amount of data at rest, keeping an inventory of all remaining data, and securing it, is key to preventing data breaches.

In most modern applications, data is input by users, processed by applications, and then stored to a database. At a lower level, the database consists of files managed by an operating system, stored on physical storage such as a flash hard drive.

Encryption can be performed at four levels: 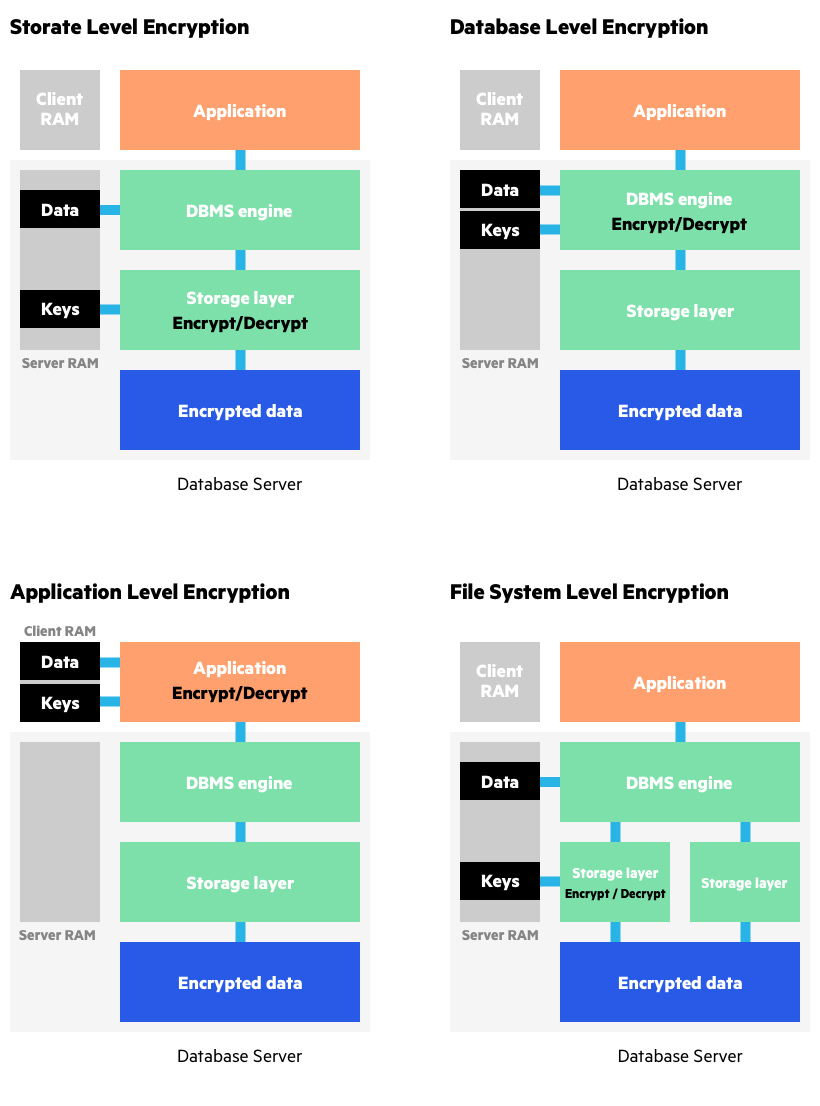 The Downside of Database Encryption

Database encryption can result in performance degradation, in particular when column-level encryption is used. Thus, organizations may be reluctant to use data encryption or apply it to all data at rest.

An additional risk is accidental data loss. When data is encrypted using strong ciphers, and a key is lost, the data cannot be retrieved. Accidental loss or mismanagement of keys can have disastrous consequences.

See how Imperva Data Masking can help you with data encryption.

How Imperva Helps Protect Your Data

Imperva protects data stores to ensure compliance and preserve the agility and cost benefits you get from your cloud investments:

Database Security – Imperva delivers analytics, protection, and response across your data assets, on-premise and in the cloud – giving you the risk visibility to prevent data breaches and avoid compliance incidents. Integrate with any database to gain instant visibility, implement universal policies, and speed time to value.

Data Risk Analysis – Automate the detection of non-compliant, risky, or malicious data access behavior across all of your databases enterprise-wide to accelerate remediation.

Data Security
How to Teach Colleagues About the Dangers of Phishing