What Is Tiny Banker Trojan?

Tiny Banker Trojan (TBT), or Tinba, is a trojan that infects end-user devices and attempts to compromise their financial accounts and steal funds.

First discovered in 2012, the Trojan initially infected thousands of Turkish computers. Once it was discovered, the original source code for the malware was leaked online and has since undergone various revisions, making it much more difficult for financial institutions to detect.

Tinba is a modified version of ZeuS Trojan, which used a similar attack mechanism, but the main difference is that Tinba is much smaller in size. Smaller malware is much harder to detect. Tinba is the smallest known Trojan at just 20KB.

Impact of the Tinba Trojan

TBT created a serious problem for systems infected with this malware. It has infected more than 20 major US banking institutions.

Tiny Banker infects systems and browsers in a variety of ways and stores data sent to and from banking sites. When a user logs onto a banking website, a malicious pop-up window appears asking for login credentials using the original logo and name of the actual site.

Tiny Banker’s source code has been published online, with new malware iterations continuing to emerge. Since its peak in 2016, it is considered one of the most destructive malware strains affecting the banking industry, and it has impacted the way online banking works ever since. 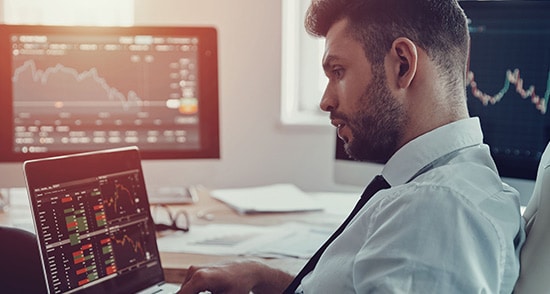 
How the Tinba Banking Trojan Works

Infected websites can distribute Tiny Banker, with victims lured via phishing emails and fraudulent advertising content. When a vulnerable system runs Tinba, it replicates it under the name bin.exe to the %AppData% folder.

Various versions of Tinba ended up in different folders—variants created folders with randomly generated names based on information about the infected system. Tinba encrypts its memory usage to avoid detection.

When an infected system restarts, bin.exe runs and Tiny Banker persists on the computer. Tinba can modify web browsers such as Explorer and Firefox, disabling warning messages and enabling HTTP content to be displayed on HTTPS websites without prompts. Tiny Banker targets processes such as explorer.exe and svchost.exe on Windows, as well as other running processes.

TBT encrypts its communications with command and control servers and maintains availability by using four C&C domains. It has local config files it can use when unable to connect to a server.

How Tinba Performs Man in the Browser Attacks

Man-in-the-Browser attacks use form grabs to intercept keystrokes, before they are transmitted to the website over the encrypted HTTPS protocol. This effectively bypasses HTTPS and allows the attacker to steal the user’s data.

The web injection mechanism displays misleading messages to the user, for example, that the financial institution needs them to re-enter their account details, and prompts them to enter sensitive data to verify their identity. Users are asked not only for financial information, such as bank account or credit card data, but also identification information like social security numbers. Additionally, users are asked for information about common security questions, like their mother’s maiden name.

The threat actor can then use browser man in the middle (MitM) attacks to transmit the victim’s available balance to so-called “cash mules”. These are third parties who withdraw funds, and send them to threat actors in an untraceable manner, in exchange for a commission.

If Tiny Banker is present on the system, it may cause browser issues or make the system crash. Typically, a pop-up message pretending to be from the bank asks the user to take unusual action, such as entering sensitive information. It may also tell the user that funds have been deposited into their account by mistake, and they must return the funds immediately.

Cleaning up Tiny Banker can be difficult because it injects malicious code into legitimate processes. There are two main options for removing the trojan:

Banking trojans are an extremely stealthy form of malware. When a banking trojan infects a user’s PC or web browser, it goes dormant and waits for them to access an online banking website. When the user does this, the Trojan is activated, uses a keylogger to steal the username and password of the account, and secretly sends it to the attackers.

As the threat of theft via banking trojans increases, there are a number of ways that users can protect themselves: