A remote access Trojan (RAT) is a malware program that opens a backdoor, enabling administrative control over the victim’s computer. RATs are typically downloaded together with a seemingly legitimate program, like a game, or are sent to the target as an email attachment. Once the attacker compromises the host’s system, they can use it to distribute RATs to additional vulnerable computers, establishing a botnet.

RAT can be deployed as a malicious payload using exploit toolkits such as Metasploit. After a successful installation, RAT achieves direct connectivity to the command-and-control (C&C) server, controlled by the attackers. The attackers accomplish this using the predefined open TCP port on the compromised device.

Because RAT provides administrative control, the attacker can do almost anything on the victim’s computer, for example:

Cybersecurity teams often have difficulty detecting RATs because they generally don’t appear in running tasks or programs lists. RATs commonly perform actions similar to those of valid programs. Also, an attacker will manage the level of resource use so that there is no drop in performance, making it more difficult to notice the threat.

Here are several ways a RAT attack can endanger individual users, organizations, or even entire populations: 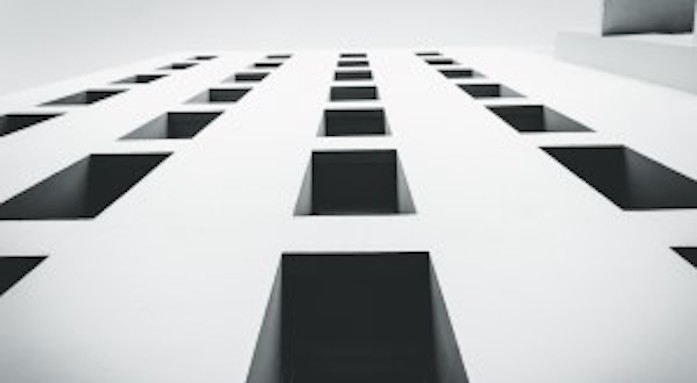 Live DDoS Attack – How Prepared Are You? (Asia)

Sakula is a seemingly benign software with a legitimate digital signature, yet it allows attackers complete remote administration capabilities over a machine. Uses simple, unencrypted HTTP requests to communicate with its control server. It leverages the mimikatz password stealer to perform authentication using a pass the hash technique, which reuses operating system authentication hashes to hijack existing sessions.

KjW0rm is a worm written in VBS, which makes it difficult to detect on Windows machines. It also uses obfuscation to avoid detection by antivirus. It is silently deployed and then opens a backdoor that lets attackers take full control over a machine and send data back to the C&C server.

Havex is a RAT that targets industrial control systems (ICS). It grants attackers full control over industrial machinery. Havex uses several mutations to avoid detection and has a minimal footprint on the victim device. It communicates with the C&C server over HTTP and HTTPS.

Agent.BTZ/ComRat (also called Uroburos) is another RAT targeting ICS, which is thought to have been developed by the Russian government. It is deployed via phishing attacks, and uses encryption, anti-analysis and forensic techniques to avoid detection. It provides full administrative control over an infected machine, and can exfiltrate data back to its C&C server.

AlienSpy is a RAT that targets Apple OS X and macOS platforms. It collects information about the target system, activates the webcam, and securely connects to the C&C server to enable complete control over the machine. AlienSpy uses anti-analysis techniques to detect the presence of virtual machines.

The Heseber BOT is based on VNC, a traditional remote access tool. It uses VNC to provide remote control over the targeted machine and transfer data to the C&C server. However, it does not grant administrative access over the machine unless the user has those permissions. Because VNC is a legitimate tool, Haseber cannot be detected by many antivirus tools.

Sub7 is a RAT that operates in a client-server model. The server is the component deployed on a victim machine, and the client is a GUI used by the attacker to control the remote system. The server attempts to install itself into the Windows directory. Once deployed, Sub7 enables webcam capture, port redirects, chat, and provides an easy-to-use registry editor.

Back Orifice is a remote access program for Windows, supporting most versions since Windows 95. It is deployed as a server on a target machine, which has a small footprint, and allows a GUI-based client operated by an attacker to gain complete control over the system. It can be used to control multiple computers in parallel using imaging techniques. The server communicates with its client via TCP or UDP. It typically runs on port 31337.

Here are a few ways you can defend your organization against the risk of RAT malware.

A RAT defense strategy is reliant on organization-wide security awareness training. Human error is the fundamental cause of most security events, and RAT is no exception. Attackers typically execute this malware via infected attachments and links in phishing campaigns. Employees must be vigilant, so they don’t unintentionally infect the company network.

Attackers view each new endpoint that connects to your network as a potential system to compromise using RAT. Organizations should only allow remote access via secure connections created with virtual private networks (VPNs) or hardened, secure gateways to minimize the attack surface. In addition, you can use a clientless remote access solution that does not need additional plugins or software on end-user devices as these devices are targets for attackers.

Zero-trust security models have grown in popularity because they promote “never trust, always verify.” Instead of granting administrative credentials for complete access across the network, the zero-trust security approach grants granular control over lateral movements. This is critical to mitigating RAT attacks, because attackers use lateral movements to infect additional systems and access sensitive data.

RATs, like all malware, are only a threat if they are installed and implemented on a target computer. Using secure browsing and anti-phishing solutions and consistently patching systems can minimize the likelihood of RATs. These solutions make it harder for RATs to infect a computer to begin with.

RATs are trojans that can present as legitimate applications. RATs typically comprise malicious functionality connected to a real application. Monitor applications and systems for unusual behavior that may indicate a RAT.

An attacker can use a RAT to remotely control an infected computer via the network. A RAT deployed on a local device communicates with a remote command and control (C&C) server. Look for unusual network traffic connected to such communications, and use tools like web application firewalls (WAF) to monitor and block C&C communications.

The concept of least privilege states that applications, users, systems, and the like, should only have the permissions and access required to do their job. Using least privilege can help restrict what an attacker can do using a RAT.

RATs typically attempt to steal passwords and usernames for online accounts. Using MFA can minimize the fallout if an individual’s credentials are compromised.

Imperva’s Web Application Firewall can prevent RAT from being deployed on your network, and can cut off RAT communication with C&C servers after deployment.