What is Black Box Testing

Black box testing involves testing a system with no prior knowledge of its internal workings. A tester provides an input, and observes the output generated by the system under test. This makes it possible to identify how the system responds to expected and unexpected user actions, its response time, usability issues and reliability issues.

Black box testing is a powerful testing technique because it exercises a system end-to-end. Just like end-users “don’t care” how a system is coded or architected, and expect to receive an appropriate response to their requests, a tester can simulate user activity and see if the system delivers on its promises. Along the way, a black box test evaluates all relevant subsystems, including UI/UX, web server or application server, database, dependencies, and integrated systems.

An example of a security technology that performs black box testing is Dynamic Application Security Testing (DAST), which tests products in staging or production and provides feedback on compliance and security issues. 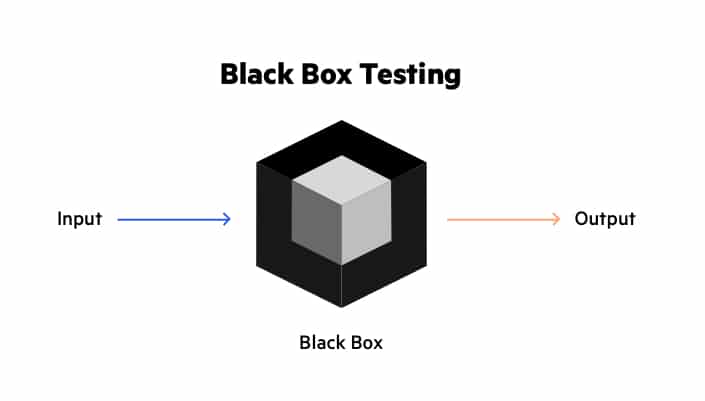 By combining black box and white box testing, testers can achieve a comprehensive “inside out” inspection of a software application and increase coverage of quality and security issues.

You can perform grey box testing using Interactive Security Testing (IAST) tools. IAST tools combine DAST and Static Application Security Testing (SAST), which is used in white box testing to evaluate static code. IAST tools enable you to combine the work of testers and developers and increase test coverage efficiently. For example, you are able to perform more directed tests which focus on areas or user paths that are most likely to contain flaws.

By combining these two testing methods you can ensure that tests:

Functional testing can focus on the most critical aspects of the software (smoke testing/sanity testing), on integration between key components (integration testing), or on the system as a whole (system testing).

Black box testing can check additional aspects of the software, beyond features and functionality. A non-functional test does not check “if” the software can perform a specific action but “how” it performs that action.

Black box tests can uncover if software is:

Testers can divide possible inputs into groups or “partitions”, and test only one example input from each group. For example, if a system requires a user’s birth date and provides the same response for all users under the age of 18, and a different response for users over 18, it is sufficient for testers to check one birth date in the “under 18” group and one date in the “over 18” group.

Testers can identify that a system has a special response around a specific boundary value. For example, a specific field may accept only values between 0 and 99. Testers can focus on the boundary values (-1, 0, 99 and 100), to see if the system is accepting and rejecting inputs correctly.

Many systems provide outputs based on a set of conditions. Testers can then identify “rules” which are a combination of conditions, identify the outcome of each rule, and design a test case for each rule.

For example, a health insurance company may provide different premium based on the age of the insured person (under 40 or over 40) and whether they are a smoker or not. This generates a decision table with four rules and up to four outcomes—below is an example with three possible outcomes.

In this case four use cases (one for each rule) would be sufficient to fully test the system.

In some systems, significant responses are generated when the system transitions from one state to another. A common example is a login mechanism which allows users to authenticate, but after a specific number of login attempts, transition to a different state, locking the account.

If testers identify a state transition mechanism, they can design test cases that probe the system when it transitions states. For example, for a system that locks the account after five failed login attempts, a test case can check what happens at the sixth login attempt.

This technique involves testing for common mistakes developers make when building similar systems. For example, testers can check if the developer handled null values in a field, text in a numeric field or numbers in a text-only field, and sanitization of inputs—whether it is possible to submit user inputs that contain executable code, which has security significance.

A specific type of error guessing is testing for known software vulnerabilities that can affect the system under test.

See how Imperva RASP can help you with black box testing.

Imperva Runtime Application Self Protection (RASP) complements white box and black box testing by adding an extra layer of protection once the application is already in production or in a realistic staging environment.