What is the Cyber Threat Index?
View threat level by:
Country
Industry

Imperva’s cloud networks, the same network that gathers the data behind our Cyber Threat Index, also powers the suite of products that protects our customers from those attacks every day. Start by reading our expert analysis on this month’s most significant insights, and then click to take action below.

Following disclosures from Microsoft and Veloxity on March 2nd, Imperva has observed over 45,000 scanning and exploitation attempts of the Microsoft Exchange SSRF vulnerability CVE-2021-26855, which can be leveraged as part of an attack chain to exploit further vulnerabilities in Microsoft Exchange. The most targeted country observed by Imperva has been the US (24%), and the most targeted industries have been business (8%), and financial services (6%). The number of exploitation attempts is likely to continue growing with the release of new public exploits.

During the days around the vulnerability disclosure, we noticed a spike in communication attempts to China-Chopper backdoors, which we observed to be used in the attack chain.

Spike in Attacks Against a Critical Vulnerability in Vmware

Two weeks ago, an exploit was published to a critical unauthenticated remote code execution vulnerability in VMware vCenter server, assigned CVE-2021-21972. The vulnerability allows any malicious attacker to execute commands with unrestricted privileges, and send requests on behalf of the targeted server via file upload.

Since the exploit was published, we saw more than 35,000 attack attempts, most of them took place six days after the publication. Since then, the number of attacks has declined to a couple of dozens a day.

Most of the targets are located in the US, focusing on the education, finance, computing and healthcare industries.

Update to the latest version of VMware vSphere Client

Update to the latest version of VMware vSphere Client

Take The Next Step

Our insights and recommendations are just the starting point. With Imperva’s dedicated team by your side, and access to our cloud network-powered suite of products, you can get protected, quicker.

Every month we update the Cyber Threat Index with the latest data and charts. Please contact us for additional insight or to interview the threat researchers from the Imperva Research Lab.

Understand how applications are attacked globally. Learn the types of attacks and the vulnerabilities exploited.

With visibility into global web application traffic from different industries, the Cyber Threat Index is a comprehensive look at application security.

This map reflects the relative amount of attacks per country, after normalizing the number of attacks with legitimate traffic. Hover mouse over the countries to see data.

This heatmap shows attacks where countries are the source (attackers) or destination (attacked) of application security attacks. The number represents a relative, normalized value.

Breakdown of attack attempts seen in our network, split by attack types.

Breakdown of attack attempts seen in our network, split by the source of the attacking traffic.

Shows the proportion of bot and human traffic identified as performing attacks within all observed traffic.

Shows the breakdown of attacks in our network by the type of tool used by attackers.

Breakdown of vulnerabilities disclosed by the “exploitability” (e.g. whether there is a published exploit) of the disclosed vulnerability.

Shows the breakdown of attack types for the published vulnerabilities.

Understand how databases are attacked and make sense of the vulnerabilities on different platforms.

In the following chart you can see the disclosed vulnerabilities for every day of the month. We separate them by their severity. This includes both CVE (Common Vulnerabilities & Exposure) and ‘Non-CVEs’. 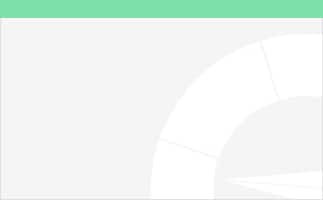 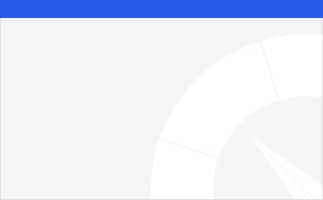 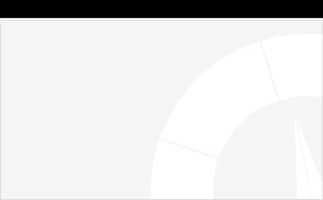 Distributed denial of service (DDoS) attacks take a business offline. Understand which industries and countries suffer the most and the different types of DDoS attacks. Learn about the duration, size, and volume of DDoS attacks.

Understand the duration of the longest attack. Know the size and volume of the largest DDoS attacks. Learn more about DDoS here.

Shows the volume of Application Layer attacks for each day of the month by the maximum total requests per second (RPS) blocked by our DDoS mitigation service.

Breakdown of DDoS attacks by the attacked country.

Breakdown of DDoS attacks by the attacked industry.

Network layer attacks look to overwhelm the target by exhausting the available bandwidth. Shows the attacks by their bandwidth and by volume.

Breakdown of bandwidth volume (Gigabits per second) by the vector used in network layer DDoS attacks.

What is the Cyber Threat Index?

The Cyber Threat Index is a monthly measurement and analysis of the global cyber threat landscape across data and applications.

The Cyber Threat Index provides an easy-to-understand score to track cyber threat level consistently over time, as well as observe trends. The data is (when applicable) also analyzed by industry and by country, to provide further analytics and insights.

The Cyber Threat Index is calculated using data gathered from all Imperva sensors across the world including over:

Viewers of the global Cyber Threat Index can dive deeper into the score & drill-down for individual industries and countries, and also view historic Index scores.

On a monthly basis, our security experts are analyzing the data, to create insights about events and trends in data & application security based on the data we see. When applicable, we may also suggest recommendations for enhancing the security posture against the threats we see.

How is the index calculated?

The index is based on a number of ingredients: network traffic, attack traffic and vulnerabilities.

On a daily basis, we run analytics on the data we collect, to calculate a daily risk score per site, per industry & per country. 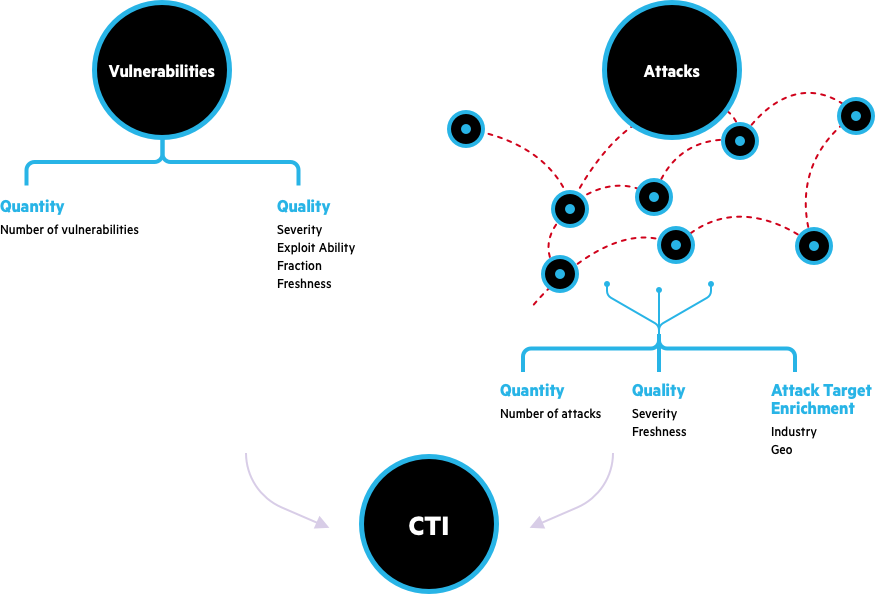 When calculating the vulnerabilities’ risk, our assessment is that:

Network DDoS attack statistics include details about the duration of the attack, the volume of the attacks, number of sources and their proportion in the attack, different ports and methods (e.g. SYN flood, amplification etc.). These statistics are calculated and stored for attacks both in terms of packet per second and in terms of bytes per second.

Application DDoS (Layer 7 DDoS attacks) statistics include information about the duration of the attack, the volume of the attack, the tools that were used and the different countries it originated from in terms of requests per second.

We normalize all DDoS attacks statistics against the statistics we have about legitimate traffic, to prevent bias for increased/decreased amount of assets we protect (Globally or for a certain industry/country).

Application Security Attacks (As seen in the wild)

At first, instead of dealing with a huge amount of daily attacking requests, we aggregate them into attacks (Each attack can have a very large number of HTTP requests as part of it). For each attack, we check:

For the analytics and insights we provide, we also enrich the data, for example:

The risk is then calculated by removing the lowest-risk attacks, as they’re meaningless in terms of added risk, and determining the risk is done by normalizing attack traffic against normal traffic. The logic to this normalization is that we don’t want the index to be affected by increased/decreased traffic (For example: if we have 20% more traffic due to new customers in a certain month, we don’t want it to affect the risk index).

I live in India and don’t have an internet connection, what should I do?

Try accessing from another location which has internet access. If not possible, consider using offline applications that rely on mesh network technologies to provide peer-to-peer communication.

Can I expect less attacks during the holidays?

No. Although some forms of attacks rely on third-party services, there’s no guarantee that these services will be off-line.

Learn more about how to protect against Account Takeover attacks here.

My application gets traffic from public clouds, should I be worried?

All traffic that is detected as malicious should be treated with caution, regardless of its source.

How do I keep track of vulnerabilities?

You can monitor open source vulnerabilities databases such as MITRE or NVD, filter the relevant data, then download patches and update your systems. Alternatively you can choose to virtually patch them without changing your servers.

My site is hosted in Russia, what should I do?

There are plenty of techniques you can use to prevent SQL injection attacks. You can either implement them yourself or via a third-party solution.

Make sure you patch the Citrix Application Delivery Controller.

For more details about the Citrix vulnerability click here.

Make sure you understand the latest RCE vulnerabilities.

Learn more about the risk of code injection risks here. You can also find an example of one of the latest RCE vulnerabilities tracked by Imperva here.

Read more about it here.

Consider using services to help you balance the new load of traffic and mitigate new risks.

Remain vigilant because, while the score didn’t increase, the risks remain high.

How can I prevent my application from being spammed?

Make sure your application isn’t vulnerable to SSRF.

Government sites are a hot target, especially around election time. Make sure your site is protected.

Consider using services to help you balance the new load of traffic and mitigate new risks.

Remain vigilant because, while the score didn’t increase, the risks remain high.

How can I protect my application against XSS attacks?

Learn about the different types of XSS attacks here.

We continue to see that government sites are a hot target, especially around election time. Make sure your site is protected.

Consider using services to help you balance the new volume of traffic and mitigate new risks..

Retail websites should focus on managing the increased traffic and attacks coming their way.

How do I stop bad bots from abusing my website?

How do I stop bad bots from abusing my website?