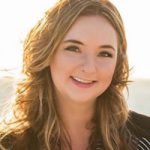 With web assets constantly under threat from malicious malware and various threat agents, web application security is an important area for the business.

An intrusion detection system (IDS) is either a hardware device or software application that uses known intrusion signatures to detect and analyze inbound and outbound network traffic for unusual patterns and activities.

It’s a responsive measure that identifies and mitigates ongoing attacks. An IDS is designed to weed out existing malware such as Trojans, backdoors and rootkits, and detect social engineering (e.g. man in the middle and phishing) assaults that trick users into revealing sensitive information.

Intrusion prevention applications look for any type of abnormal activity like security policy violations, viruses or configuration errors. This is accomplished through:

An IDS has many benefits, but it does have some drawbacks. Because it uses previously known intrusion signatures to locate attacks, zero-day threats can remain undetected. In addition, an IDS can only detect ongoing attacks, not incoming assaults.

As the name implies, an intrusion prevention system alerts security personnel to potential threats. It usually piggybacks on a preexisting database for signature recognition and can be programmed to recognize attacks based on traffic and behavioral anomalies.

An IPS is effective at blocking known attack vectors, but like an IDS it comes with some limitations. These limitations are commonly caused by an overreliance on predefined rules. This makes them susceptible to false positives.

Penetration testing is a five-stage process.

This five-step testing process is a common model for pen testers chosen primarily for the proven methods involved.

External testing, for example, targets the assets of a company that are visible on the internet. Conversely, internal testing simulates an attack by a malicious insider.

The final penetration testing method is known as targeted testing. In this scenario, both the tester and security personnel work together to keep each other appraised of the situation. It’s a valuable training exercise that gives security teams real-time feedback from a hacker’s perspective.