Home > Blog > To CAPTCHA or Not to CAPTCHA

To CAPTCHA or Not to CAPTCHA

CAPTCHAs were initially created before the widespread adoption of mobile internet browsing. Further complicating the issue is that sophisticated bots and CAPTCHA solving services can easily penetrate all but the most hardened CAPTCHAs.

According to the Official CAPTCHA site, a CAPTCHA (or a Completely Automated Public Turing Test to Tell Computers and Humans Apart) is a program that protects websites against bots. CAPTCHAs generate and grade tests that humans can pass but current computer programs cannot.

CAPTCHAs inevitably cause friction (and sometimes frustration) from human users and there’s been much debate about the best way to authenticate human users on a website.

As new research from an Imperva study shows, CAPTCHAs often send consumers fleeing which could translate into a reduction in website leads and revenue. Imperva Bot Management, the global leader in bot detection and mitigation, conducted a study on how CAPTCHAs affect website visitors’ behavior and looked at the difference in engagement between users on both mobile and desktop browsers. The Imperva team created a trivia quiz about U.S. history and politics, and promoted it via organic social media and paid social advertisements. A CAPTCHA was randomly placed at the end of approximately half the 1,079 quizzes served. 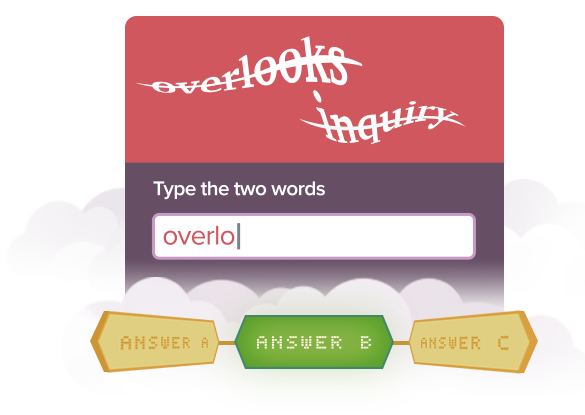 The study found that when a CAPTCHA was present, people were on average 12% less likely to continue on to the content they had come to access, for both desktop and mobile.

One of the most interesting findings was the CAPTCHAs drastic effect on humans using mobile devices. Users who took the quiz via a mobile device were more likely to abandon the quiz due to CAPTCHAs than users on desktops. This is a big problem, especially since, according to ComScore, mobile usage has recently surpassed desktop browsing

The importance of inbound leads to a website can easily be calculated from the value of closed won inbound opportunities through website traffic. A major struggle would be if potential leads leave your website because of a poor user experience due to CAPTCHAs. The study found that CAPTCHAs are causing businesses to miss out on a sizable amount of potential leads.

The goal of the CAPTCHA study was to determine how CAPTCHAs change user behavior when submitting web forms.

The study consisted of a trivia quiz featuring ten questions about U.S. history and politics. A CAPTCHA was randomly placed at the end of approximately half of the forms. There was no form of corporate branding on the quiz to remain unbiased. Participants who were generated the CAPTCHA version of the quiz had to complete the CAPTCHA in order to see their quiz results.

541 people completed the quiz out of 1,079 quizzes served. The quiz was open from November 2014 until January 2015. A link to the quiz was shared on personal social media pages and advertisements were placed on social media websites.