Home > Blog > Celebrate Cybersecurity Awareness Month with These Tips From a Survey of 1,200 Security Pros

Celebrate Cybersecurity Awareness Month with These Tips From a Survey of 1,200 Security Pros 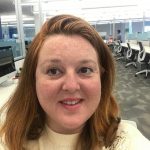 Held every October, National Cybersecurity Awareness Month (NCSAM) is a collaborative effort between government and industry meant to raise awareness about the importance of cybersecurity. NCSAM is focused largely on consumer awareness, but for cybersecurity leaders, it is also a great opportunity to share insights and best practices with each other.

CyberEdge Group’s sixth annual, “Cyberthreat Defense Report” is based on a survey of 1,200 IT security decision makers and practitioners. It delivers countless insights from IT security teams you can use to better understand how your security strategy stacks up against your peers.

Dealing with the Inevitable

When asked to estimate the number of times their organization’s network was compromised by a successful cyberattack within the past year, nearly four in five respondents (78 percent) admitted to at least one such incident, while nearly one third (32 percent) fell into the unenviable category of having been breached more than six times. The conclusion that no organization is immune from cyberattacks has never been clearer.

The prospects for the coming year are equally daunting, as only 12 percent consider it “not likely” that their organizations will be breached in 2019. With successful attacks being pretty much inevitable these days, it is sensible – if not imperative – that organizations take meaningful steps to accelerate the processes for both threat detection and ensuing response activities.

For more insights from cybersecurity pros, download the 2019 Cyberthreat Defense Report. It provides unique insights from a cross-industry sample of security leaders on the challenges they face and how they’re mitigating them.