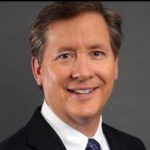 Our previous post reviewed the types of attacks described in the first two chapters of the recently released Securing Modern Web Applications eBook. This post reviews chapter three, which covers the evolution of WAF technology and how it protects against those threats.

The first network security solutions—Intrusion Detection Systems (IDS) and Intrusion Protection Systems (IPS)—focused on parsing network traffic and conducting signature-level comparisons. Because these solutions depend mostly on traffic signatures, attackers can modify parameters so that the attack looks different from the signature. One such evasion method is packet fragmentation, where the message is broken into multiple smaller packets that can be reassembled by the receiving device. Though they don’t provide adequate protection for websites, these technologies can inspect multi-protocol traffic, such as FTP and other network traffic, outside of just HTTP.

To provide more extensive website protection, WAFs are deployed in the cloud or in corporate De-Militarized Zones (DMZs). They can perform SSL termination to conduct deep inspection of applications traffic at layer 7. The WAFs go beyond matching signatures, analyzing application behavior and detecting deviations from baselines of acceptable behavior.

WAFS have advanced detection capabilities that protect against major attacks, including the OWASP Top 10. For example, they protect against attacks that bypass traditional firewalls such as:

In both cases, WAFs protect against these attacks by analyzing the application layer input and applying rules that look for characteristics of the attacks. The signature-based approaches, on the other hand, would need to look for an exact match of the attack—the exact script or SQL input. These approaches allow evasion techniques such as packet fragmentation or adding whitespace to the code.

WAFs are deployed inline and process all data at every layer of the OSI model, down to the layer 7 application traffic. That, along with the rules that could be processed on every packet might introduce incremental latency. The WAF should support a variety of deployment modalities that can achieve 10 GB throughput, to at least match the speed of the layer 2 and layer 3 devices that feed them, and support tens of thousands of transactions per second.

WAFs often function as SSL termination points because traffic needs to be decrypted for inspection at the firewall. Since encryption is processor intensive, WAFs support SSL acceleration to offload these operations to specialized hardware, such as SSL accelerator cards.

One such capability is integration with Security Information and Event Management (SIEM) systems that gather information from multiple sources, and then synthesize, correlate, and report on security events across the company’s technology landscape. Once the WAF security data is integrated into the company’s existing SIEM, you no longer need to log in to the WAF interface to view the logs, and you can add WAF logs to other events across the enterprise.

SOCs—operational hubs for monitoring and escalating security incidents—are affected by trends that increase the complexity of the environments they monitor. SOC activities require increased automation, such as machine learning, to capture baselines and identify deviations from normal traffic. Modern WAFs include that capability together with threat intelligence from other sources.

Virtual patching, the quick short-term implementation of a security policy to prevent exploitation of a security vulnerability, can be installed on WAFs without modifying the application source code. These patches at the WAF provide interim protection until the actual patch can be applied to the system.

WAFs should serve as one component of an overall application defense-in-depth strategy, and these technologies complement WAF deployments to help solidify the organization’s overall security posture.

A WAF can be deployed on premises or in a cloud configuration. Following are samples of deployment options described in the eBook.

As you can see, deploying WAF components correctly with other technologies can help ensure that you are designing and deploying modern security solutions that keep up with the increasing threats that are plaguing technology at a faster rate than ever before.