Today we are releasing our latest Global DDoS Threat Landscape Report, a statistical analysis of 5,055 network and application layer DDoS attacks mitigated by Imperva Incapsula services during Q4 2017.
In Q4, the number of application layer attacks nearly doubled, just as the number of network layer assaults declined. In both cases, however, we saw attacks grow more persistent.
Target wise, the cryptocurrency industry continued to draw the attention of DDoS offenders, ranking as the fifth most attacked industry this quarter alongside some of the more regular attack targets. Another notable development was the high number of network layer assaults against businesses in the APAC region. In the last quarter of the year, the region served as home to seven out of the top-ten attacked countries. Combined, they drew 68.9 percent of all network layer DDoS attacks. 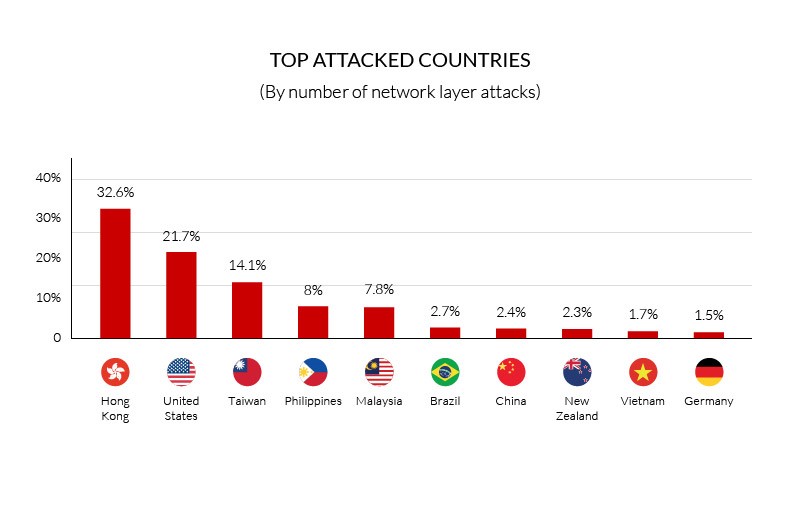 Bitcoin was once again the eighth most targeted industry in Q4, after making its first appearance on the top-10 list in the prior quarter. Furthermore, it came in fifth place for the most attacks suffered, outscoring such established and commonly attacked business sectors as financials and publishing. 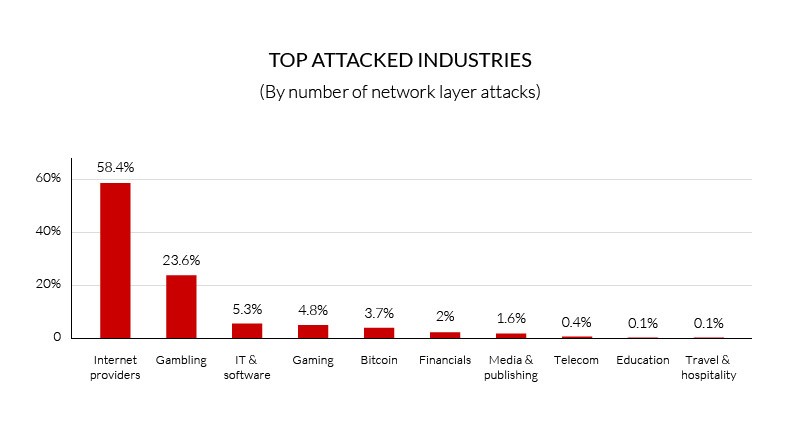 Figure 2: Top attacked industries, by number of network layer attacks
The increase in attacks against bitcoin-related sites is likely linked to a growth spike experienced by the industry late last year when cryptocurrency prices reached an all-time high. As prices have since subsided, it will be interesting to see if the overall number of attacks declines as well in the coming months.
Even after the recent price drop, there currently remains 190 active cryptocurrency exchanges, up from 70 in Q3. Of these, 24 exchanges have a daily turnover of more than 10 million USD. With an ever-increasing number of targets, despite the volatility in the price of bitcoin, we expect to see assaults directed at the cryptocurrency industry continue for the foreseeable future.

This quarter, we saw a spike in the number of application assaults, which increased 43 percent over their Q3 levels. Network layer attacks, on the other hand, fell by more than 50 percent since last quarter. 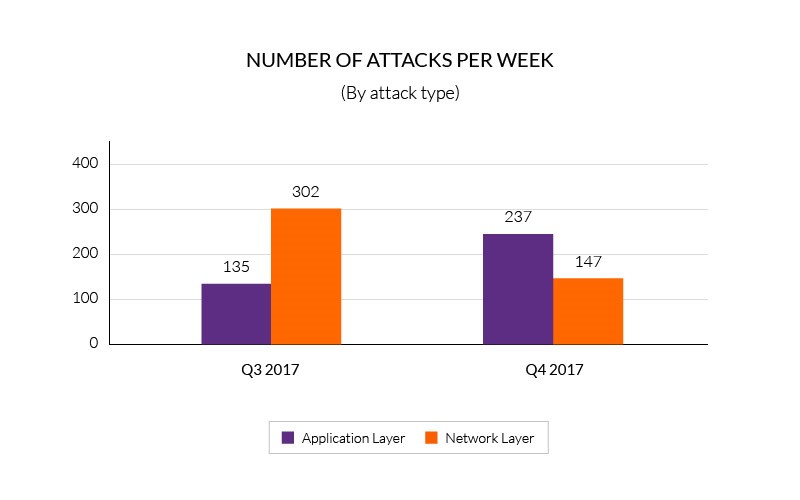 Figure 3: Number of weekly DDoS attacks QoQ
Interestingly, even as the number of application layer assaults went up and network layer attacks decreased, both became more persistent. Our data shows that 63.3 percent of application layer DDoS targets were subjected to repeat attacks, up from 46.7 last quarter. 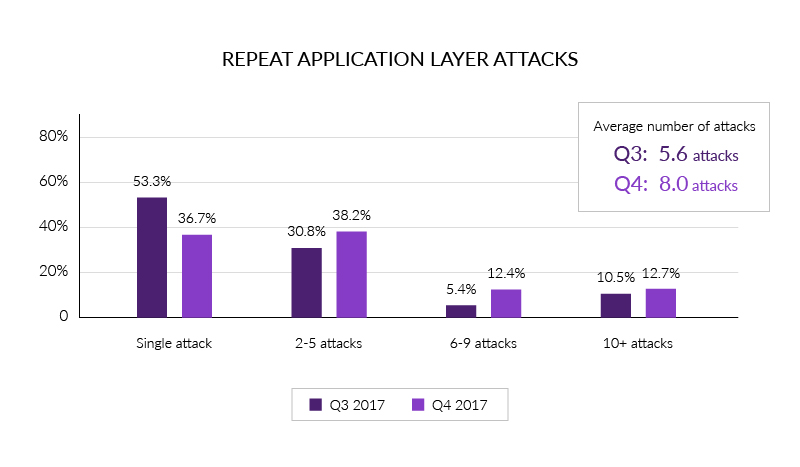 Figure 4: Repeat application layer attacks Q0Q
In the case of network layer attacks, the number of repeat DDoS assaults went up to 67.4 percent, compared to 57.8 percent in Q3. However, the average number of attack decreased, as most of the repeat assaults consisted of two to five bursts.

Figure 5: Repeat network layer attacks Q0Q
The increase in attack persistence reflects the growing ease with which bad actors can launch multiple DDoS attacks. Today, even if a mitigation service is able to deflect an initial attack, perpetrators have every reason to try again and again, until they take down their target or grow bored and move on.
This obviously highlights the need for a hands-off mitigation solution that can be automatically activated to mitigate every repeat attack burst. In the absence of such a solution, a persistent DDoS campaign can quickly turn into a prolonged war of attrition, forcing an enterprise to spend money and man-hours to fight off a series of assaults.
Read the full report >>