As detailed in the report, DDoS attacks continue to escalate from quarter to quarter in size and persistence. This shift in the threat landscape is being driven by an emergence of powerful IoT botnets and the declining costs of DDoS-for-hire services.

Reflecting this evolution, these were some of the notable developments in Q4 2016:

Many of the developments we saw in Q4 2016 were connected to long-term shifts in the DDoS threat landscape.

The infographic below recaps the major trends of 2016, based on a compilation of attack data from all four quarters. 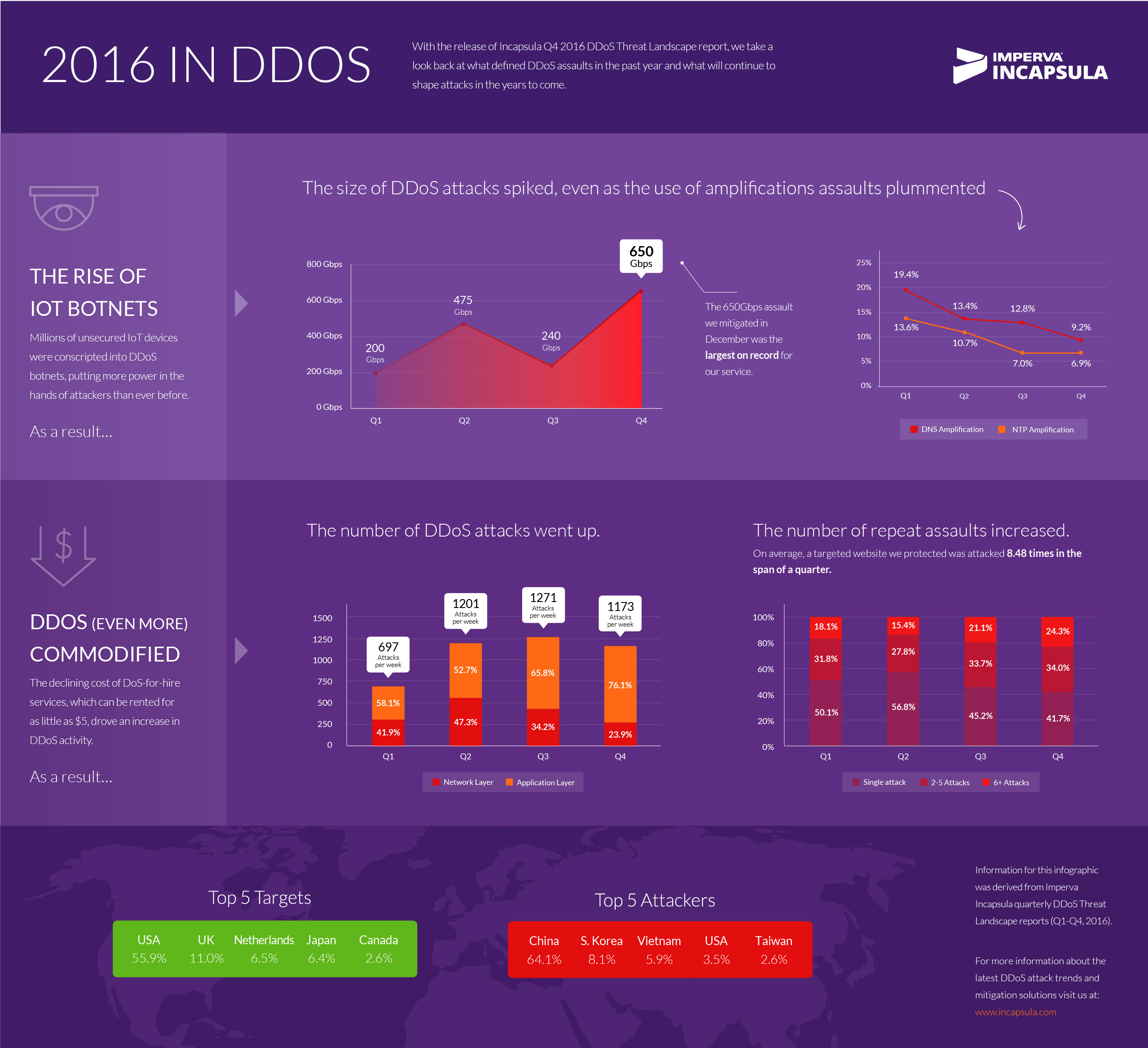