WP No One is Safe: the Five Most Popular Social Engineering Attacks Against Your Company’s Wi-Fi Network | Imperva

Home > Blog > No One is Safe: the Five Most Popular Social Engineering Attacks Against Your Company’s Wi-Fi Network

No One is Safe: the Five Most Popular Social Engineering Attacks Against Your Company’s Wi-Fi Network 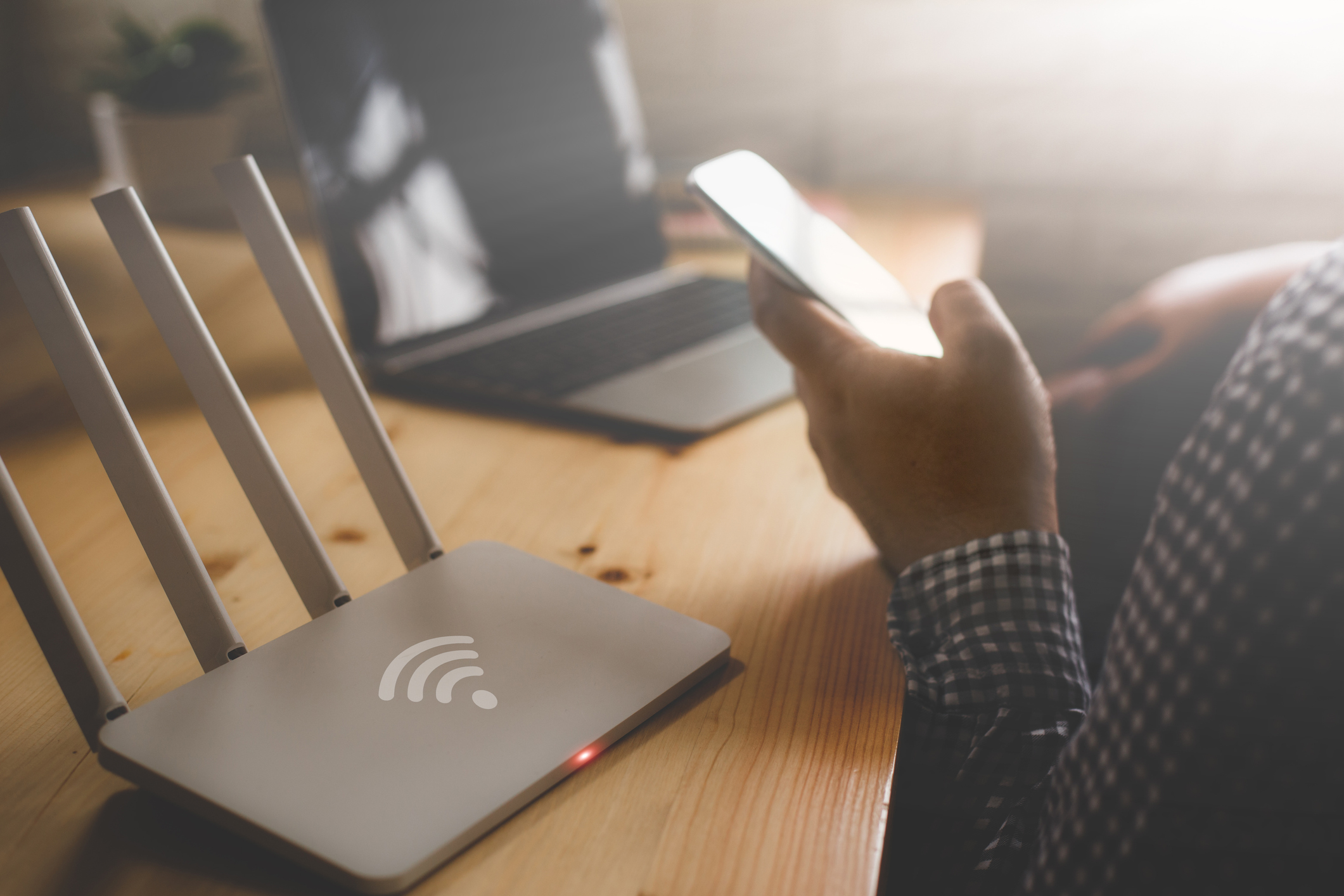 Your Wi-Fi routers and access points all have strong WPA2 passwords, unique SSIDs, the latest firmware updates, and even MAC address filtering. Good job, networking and cybersecurity teams! However, is your network truly protected? TL;DR: NO!

In this post, I’ll cover the most common social engineering Wi-Fi association techniques that target your employees and other network users. Some of them are very easy to launch, and if your users aren’t aware of and know how to avoid them, it’s only a matter of time until your network is breached.

Attackers only need a Unix computer (which can be as inexpensive and low-powered as a $30 Raspberry Pi), a Wi-Fi adapter with monitor mode enabled, and a 3G modem for remote control. They can also buy ready-made stations with all of the necessary tools and user interface, but where’s the fun in that? 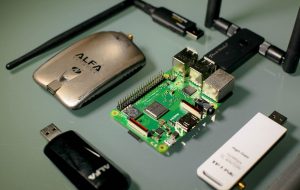 An effortless and easy technique. All attackers need to do is set up an open AP (Access Point) with the same or similar SSID (name) as the target and wait for someone to connect. Place it far away from the target AP where the signal is low and it’s only a matter of time until some employee connects, especially in big organizations. Alternatively, impatient attackers may follow the next technique. 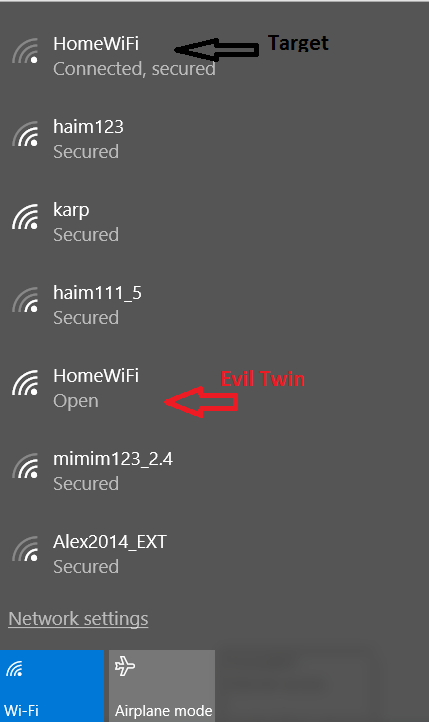 In the current IEEE 802.11 (Wi-Fi protocol) standards, whenever a wireless station wants to leave the network, it sends a deauthentication or disassociation frame to the AP. These two frames are sent unencrypted and are not authenticated by the AP, which means anyone can spoof those packets.

This technique makes it very easy to sniff the WPA 4-way handshake needed for a Brute Force attack, since a single deauthentication packet is enough to force a client to reconnect.

Even more importantly, attackers can spoof these messages repeatedly and thus disable the communication between Wi-Fi clients and the target AP, which increases the chance your users will connect to the attacker’s twin AP. Combining these 2 techniques works very well, but still depends on the user connecting to the fake AP. The following technique does not, however.

Whenever a user device’s Wi-Fi is turned on but not connected to a network, it openly broadcasts the SSIDs of previously-associated networks in an attempt to connect to one of them. These small packets, called probe requests, are publicly viewable by anyone in the area.

The information gathered from probe requests can be combined with geo-tagged wireless network databases such as Wigle.net to map the physical location of these networks.

If one of the probe requests contains an open Wi-Fi network SSID, then generating the same AP for which the user device is sending probes will cause the user’s laptop, phone or other device to connect to an attacker’s fake AP automatically.

Forcing any connected device to send probe requests is very easy, thanks to the previous technique. 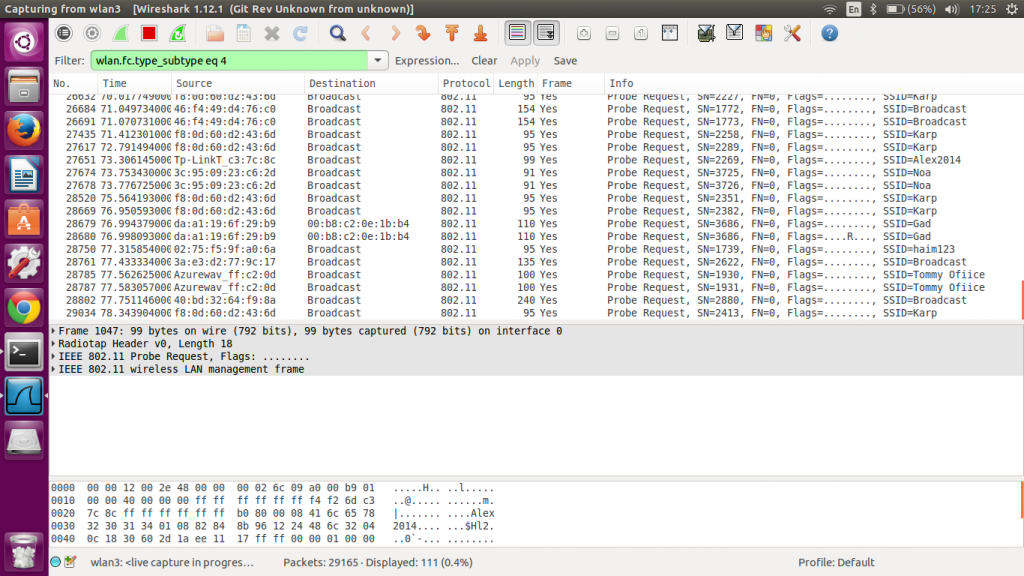 The final attack I’ll discuss that can lead your user to connect to an attacker’s fake AP is “Known Beacons.” This is a random technique where attacker broadcast dozens of beacon frames of common SSIDs that nearby wireless users have likely connected to in the past (like AndroidAP, Linksys, iPhone, etc.). Again, your users will automatically authenticate and connect due to the “Auto-Connect” feature.

An attacker has connected with your user, now what?

Once attackers have access to your user, there’s a variety of stuff they can do: sniff the victim’s traffic, steal login credentials, packet injection, port scan, exploit the user device, etc. But most importantly, the attacker can also get the target AP password by a victim-customized web phishing attack.

Since the victim is using the black hat hacker’s machine as a router, there are many ways to manipulate the phishing page to look convincing. One of them is a captive portal. For example, by DNS hijacking, he can forward all web requests to his local web server, so that his page appears no matter where the victim tries to access it from. Even worse, most operating systems will identify his page as a legitimate captive portal and open it automatically!

As mentioned, your networks may use MAC Filtering, which means only predefined devices can connect to your network and having the password is not enough. How much does that help?

All MAC addresses are hard-coded into a network card and can never be changed. However, attackers can change the MAC address in their operating system and pretend to be one of the allowed devices.

How Can You Mitigate?

Detecting an Evil AP in your area can be done easily by scanning and comparing configurations of nearby access points. However, as with any social engineering attack, the best way to mitigate is by training your users, which is a critical element of security.

Make sure your network users understand the risk of connecting to open access points and are well aware of the techniques mentioned. Running simulations of the above attacks is also recommended.

Finally, while specific techniques will come and go, social engineering will always remain a popular strategy for attackers. So make sure you and your users remain aware!