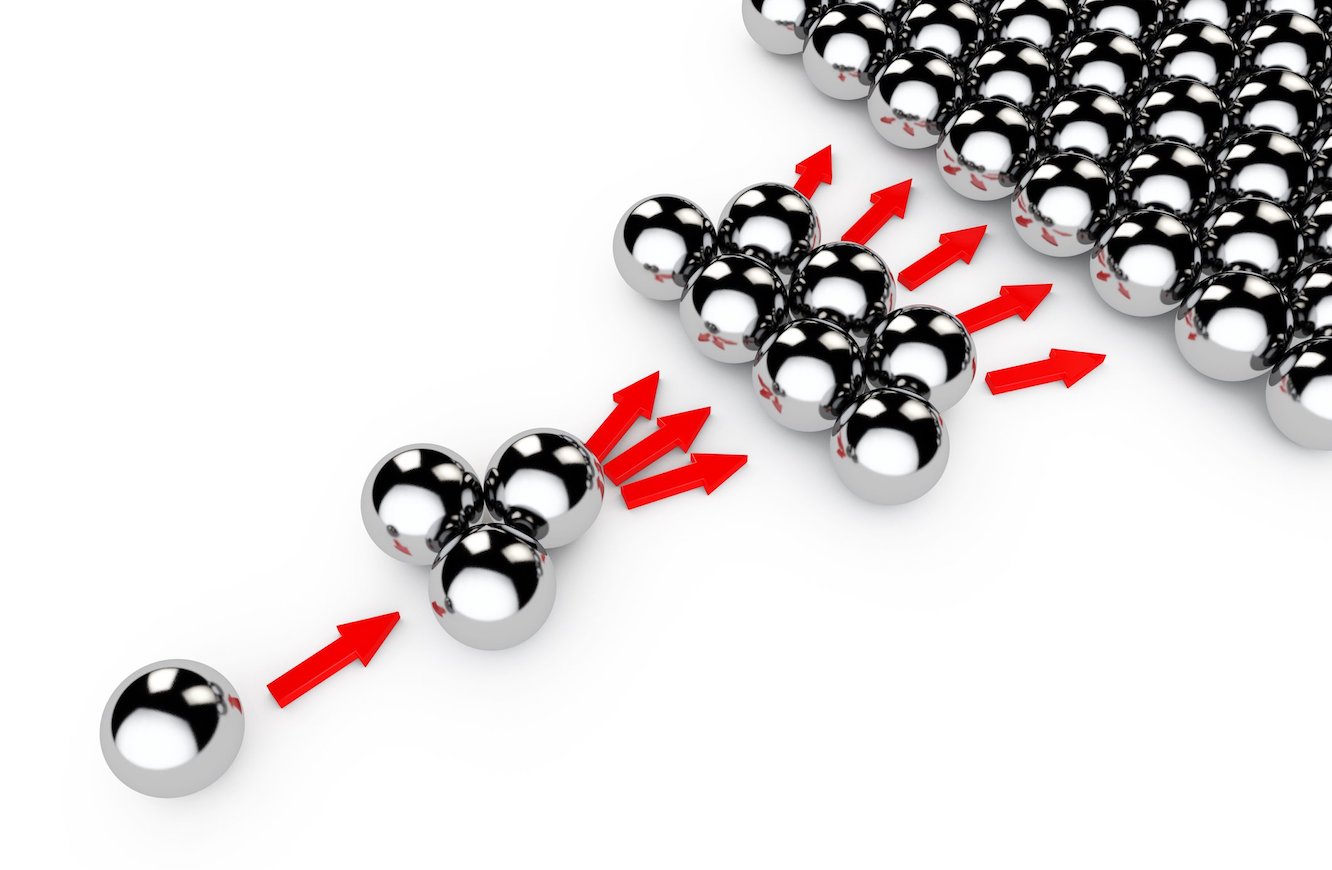 Inside a New DDoS Amplification Attack Vector via Memcached Servers 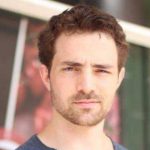 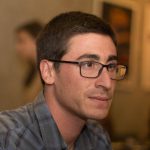 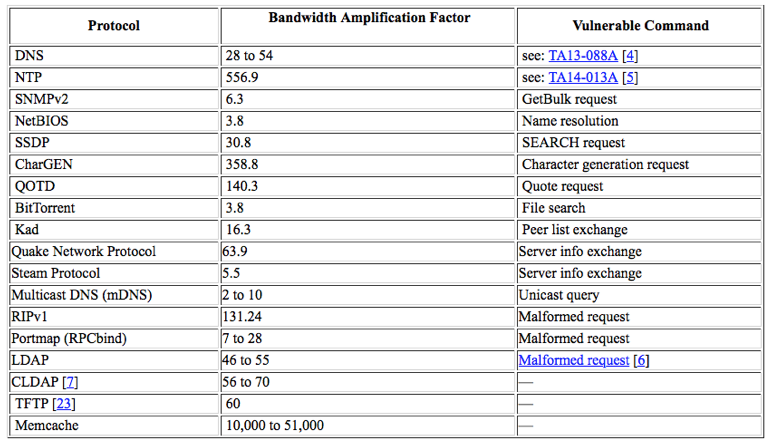 There are over 93,000 memcached servers listening on port 11211 all over the world, allowing attackers to choose from a variety of servers and avoid having their IP blacklisted. 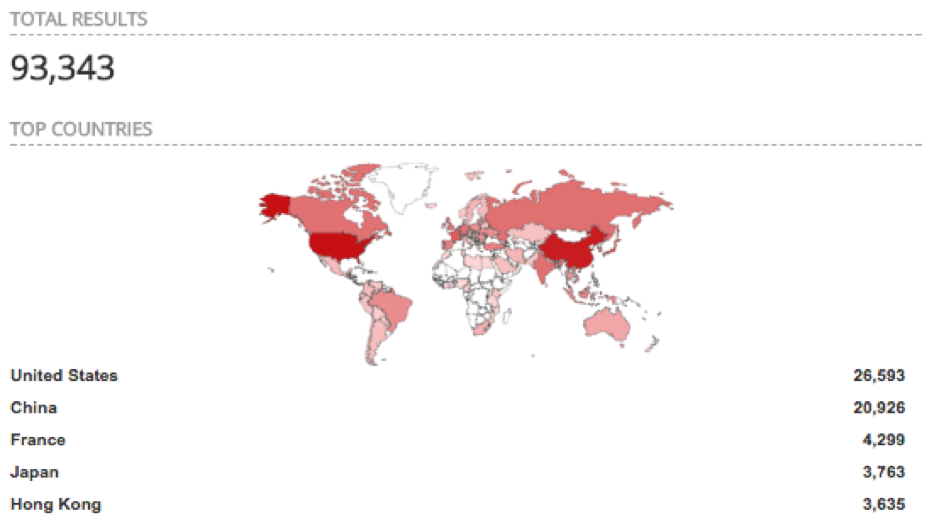 The beginnings of a new attack vector

We started seeing a number of DDoS attacks using this method in the last few days.  The first attack hit the network on February 21 with another attack launching on February 26 that reached 190 Gbps and 18Mpps and lasted over an hour.

On February 28 we saw the following attacks. 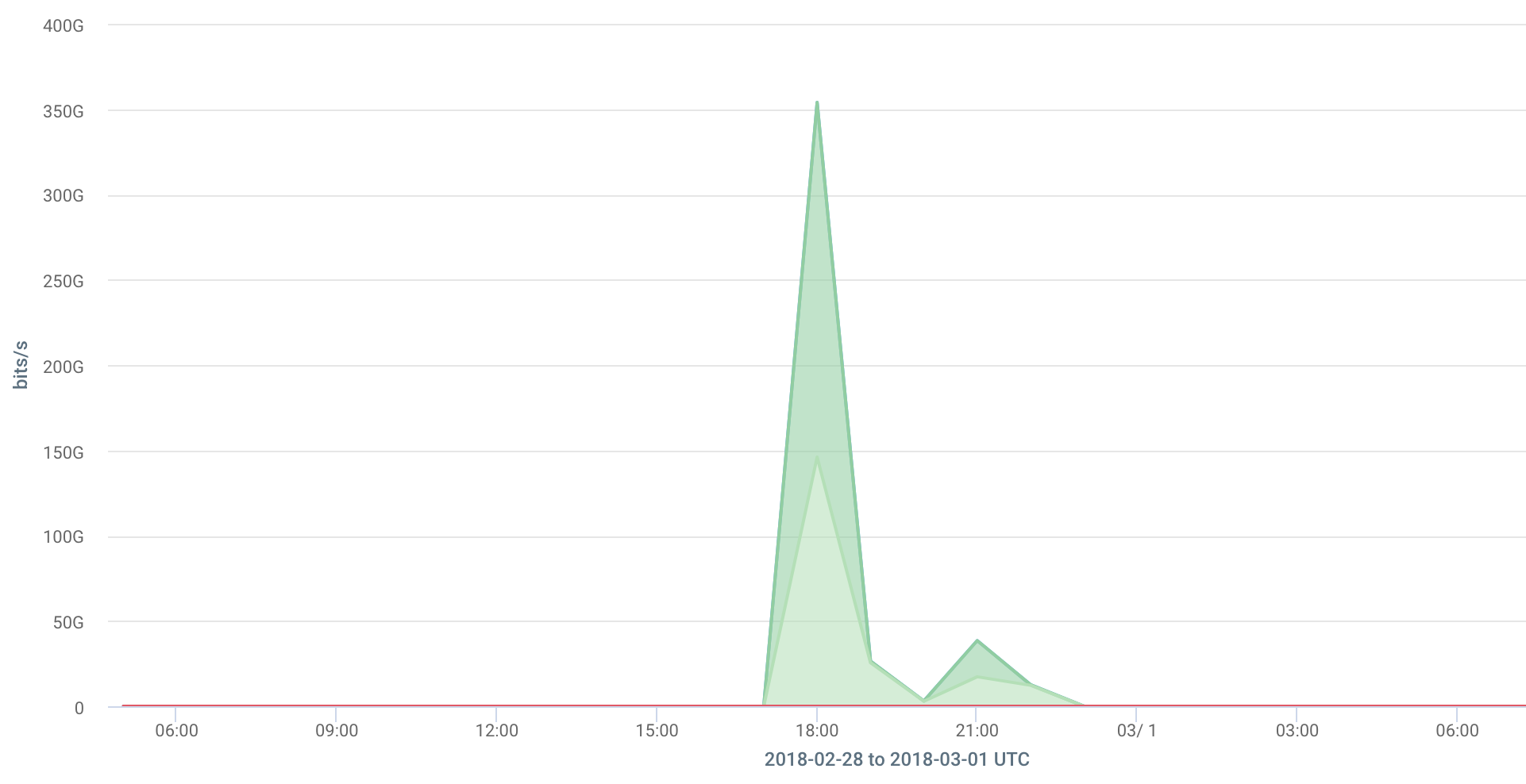 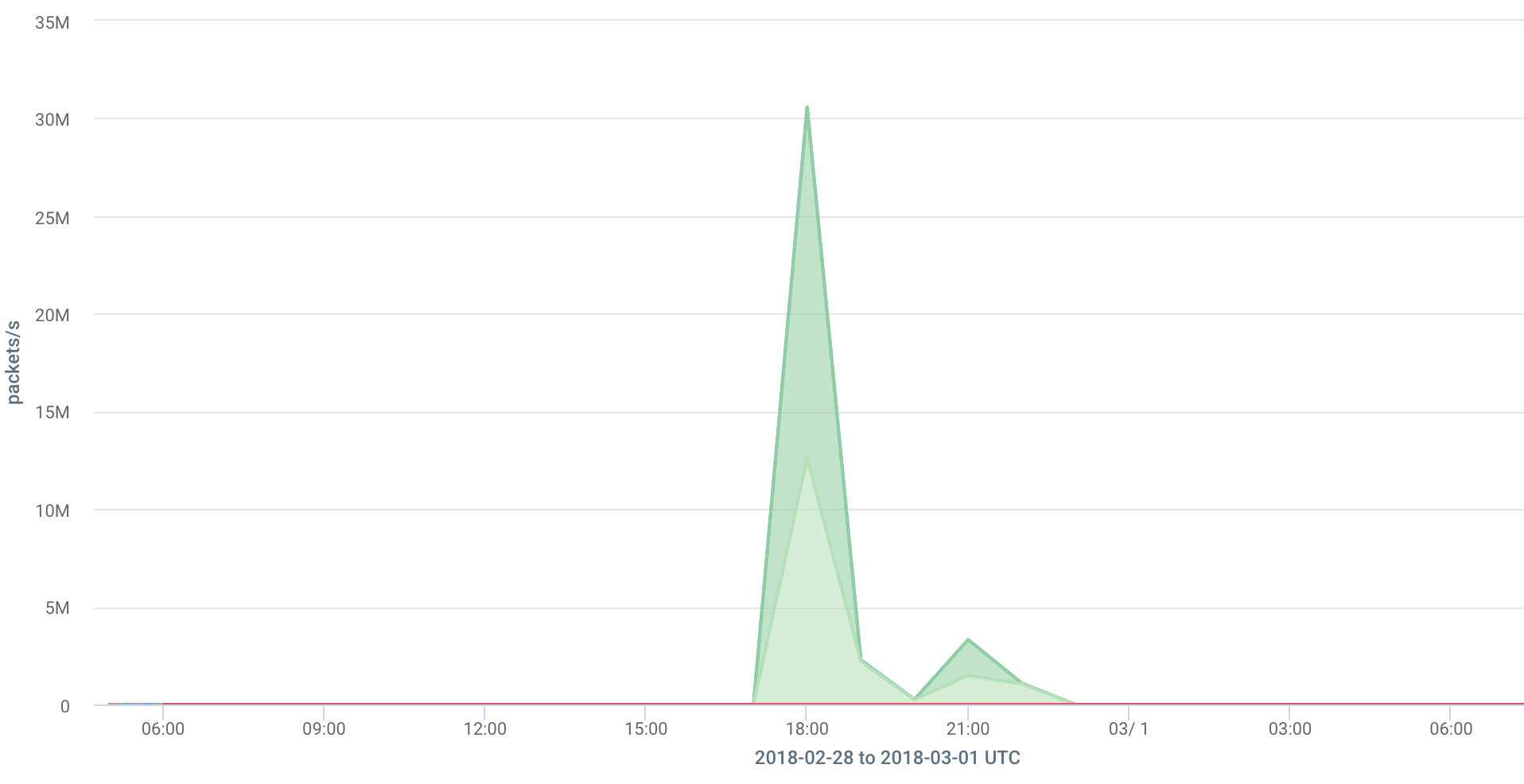 Detecting and mitigating an attack on memcached servers

Although the attack can be easily detected by setting a rule on UDP traffic coming from source port 11211, it cannot be mitigated without a dedicated DDoS mitigation solution due to the massive amounts of PPS and BPS delivered on such an attack, which are likely to turn edge routing devices unavailable before traffic arrives at the server, regardless of its configuration.