Our New Data Center in Vancouver, Canada Is Operational 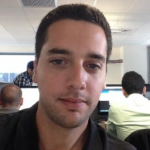 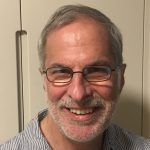 We are excited to announce an addition to our global network in Canada with the operational launch of our PoP (point of presence) in Vancouver, BC. With the opening of this second data center in Canada, Incapsula is positioned to offer even better service to a region with high internet usage and a growing economy.

The Vancouver PoP along with the Toronto data center enables compliance with local data privacy regulations, of both the Canadian Privacy Act and the Personal Information Protection and Electronic Documents Act (PIPEDA) for customer traffic.  Based on these regulations sensitive data should not be transmitted outside of Canada due to:

With the current routing protocols (anycast/BGP), an end user’s request might be routed outside of Canada, such as to a PoP in the neighboring United States. To prevent this, the site with sensitive data must be served by only PoPs in Canada.

The new local data center in Vancouver will also improve response times to commerce sites. Besides providing a geographically closer PoP drop, Incapsula will also use a local Canadian peering provider. This direct connection provides faster access than is available via the local transit provider, where requests could pass through multiple hops before reaching their destination.

With customers extremely sensitive to network latency, if a site is not highly responsive, customers may leave and not return. A local PoP and peering provider brings website content closer to visitors, ensuring the best possible user experience.

The PoP in Vancouver, together with our global network of modern data centers, positions us to mitigate some of the largest attacks on web sites and infrastructure with zero disruption to ongoing customer website operations.

To meet the needs of customers, the PoP comprises our full suite of highly-regarded DDoS protection services, including:

In addition to DDoS protection, our new PoPs also incorporate our website performance and security services, including:

Our mitigation platform, Behemoth 2, on which the Vancouver PoP is built on is designed to meet the following goals:

Canada, and specifically Vancouver, is an important market poised to grow due to two main factors.

With the addition of this PoP, Incapsula now has 38 global points or presence  serving over 4.7 terabits of capacity to our customers and their end users.

Incapsula continues to expand our global infrastructure. We have additional strategic PoPs are under construction that are scheduled to come online in 2017.  Keep an eye on our PoP map for the latest developments.