Home > Blog > Now Running In a City Near You: Incapsula Data Centers Launch in Mumbai and New Delhi

Now Running In a City Near You: Incapsula Data Centers Launch in Mumbai and New Delhi 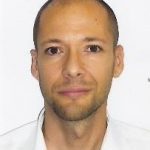 Namaste! We are excited to announce two new additions to our global network in India with the operational launch of our data centers in Mumbai and New Delhi. With the launch of these data centers, customers will experience improved website performance and security to the Indian market and other countries in the subcontinent.

We believe this market will grow and are actively building the foundation needed to help fight cybercrime and give our customers the highest possible level of service. The presence of the data centers will also help our global customers reach this important market and grow their business.

Until now Incapsula was deployed to our customers in the Indian subcontinent from remote data centers in locations such as Singapore and Hong Kong. With customers extremely sensitive to network latency, they will leave and not return if a site is not highly responsive. A local data center solves latency issues by bringing website content closer to visitors and ensuring the best possible user experience.

A local data center also facilitates compliance with laws and regulations that stipulate that certain types of data, such as data in government sites, must be stored and served only from local servers.

We’ve already seen performance improvement with the launch of the data centers.

The new data centers, together with the rest of our global network, positions us to mitigate even the largest attacks with zero disruption to ongoing website and network operations.

To meet the needs of customers, the data centers comprise our full suite of award-winning DDoS protection services from Incapsula, including:

In addition to DDoS protection, the new data centers also incorporate our website performance and security services, including:

The market in India is poised to grow due to the following factors.

Incapsula selects its infrastructure providers to provide quality services and high availability. A main criteria we look for is a provider’s strong presence in the market. Among the providers in India, Airtel is the main carrier in a market where 75 percent of broadband is mobile. Since Airtel also hosts a data center, it was a logical choice for Incapsula to host its Mumbai and New Delhi data centers with Airtel.

Our high capacity Behemoth 2 platforms provide capacity for the anticipated usage, and are built to scale for more capacity when the usage grows. Following our data center architecture, all components are redundant to ensure uninterrupted service from the data center.

With the addition of the new data centers, Incapsula now has 38 data centers around the world with over 3 Tbps total capacity.

To support our expanding business in strategic areas around the globe, additional PoPs are under construction and are scheduled to come online in 2017. The PoPs in New Delhi and Mumbai will connect the Incapsula network to the Indian subcontinent with minimal latency.