Home > Blog > The Impact of Blockchain (and Bitcoin) on Cybersecurity

The Impact of Blockchain (and Bitcoin) on Cybersecurity 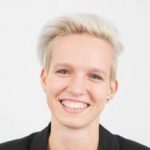 In 2008, bitcoin made its debut to the world. Most people expected it would be a novelty technology that would only catch on with niche technical groups and cybercriminals. They were quickly proven wrong as it has become one of the most disruptive technologies of the past decade. Bitcoin is changing many things, including cybersecurity.

Cryptocurrencies have had both positive and negative impacts on the cybersecurity industry. Here are some important changes bitcoin has created that you can’t afford to overlook.

Anonymity was one of the primary reasons bitcoin became so popular with users. Unfortunately, criminals enjoy the same anonymity as law-abiding citizens who have valid reasons for protecting their privacy.

Bitcoin has made it much easier for criminals to launder illegal money. With a growing number of hackers using bitcoin in ransomware attacks, Dr. Simon Moores a former technology ambassador for the UK government observes that it appears to be encouraging new cyberattacks.

“Bad guys were using this currency to buy virtual Picassos for $500,000 as a way of laundering the money,” Moores told The Guardian. “I’m still trying to digest the fantastic scale of the criminal opportunities and the money that can be made and laundered outside the control of law-enforcement agencies and Governments.”

Cybersecurity professionals are in the forefront trying to fight back against the growing threats of ransomware, which have  almost tripled over the past year.

Bitcoin and the Rise of Blockchain Technology

Bitcoin is built on blockchain, a decentralized communication system that can address many cybersecurity problems. It was implemented to authenticate bitcoin transactions, but could prove to be the future of cybersecurity technology.

The problems with many existing security systems is that they:

Since blockchain is offline and highly decentralized, it is a far more secure system. It works as a distributed database that is duplicated across a large network of computers. This network regularly updates the database. Additionally, since the blockchain database isn’t stored in a single location it is not immediately accessible and difficult to hack. Because of its structure, a blockchain cannot:

Blockchain technology is being considered to potentially solve issues in economic, legal and political systems. With contracts, transactions and records that are constantly updated and distributed, blockchain could enable sharing and collaboration more efficiently. Should these problems be solved, blockchain is arguably more valuable than bitcoin itself.

Some of the most infamous security breaches recently and in the past couple of years exposed the following data to malicious hackers:

This information was kept by almost every organization customers interacted with in any digital capacity. Some of these records weren’t encrypted, which made it easy for hackers to exploit.

This isn’t as much of a problem with bitcoin, because customers don’t need to store their financial information with every vendor. Trevor Murphy, chief technology officer at BitStash told International Business Times that brands also won’t always need to provide their physical contact information for authentication purposes.

“Bitcoin and solutions like it, solve these problems, because they do not require us to expose personal information just to buy a pizza. Every transaction is done with a bearer instrument that does not give the receiver any information that might be used or stolen to exact future payments, or perform any fraud. It’s just like cash, only designed for the 21st century, designed for the world we live in now. It protects consumers from identity theft, fraud, and reduces the massive costs associated with processing transactions, opening up global economies and bringing massive new consumer markets into an integrated 21st century economy.”

By providing more privacy to customers, bitcoin can reduce many of the biggest concerns caused by security breaches.

Bitcoin lets customers store their currencies remotely in offline bitcoin wallets. Hackers won’t be able to easily attack the decentralized blockchain network, so their next option would be to try to exploit the user’s own machine.

One way for them to do this is to install keylogger software that can help them identify the codes to a bitcoin user’s wallet. Members of the bitcoin network will need to be aware of this risk and take all necessary precautions against keylogger applications.

The Effect of Bitcoin on Cybersecurity

A few years ago, bitcoin could have been dismissed as a fad. Today, the cryptocurrency and the technology it’s built on is permanently changing the digital landscape. Cybersecurity experts need to understand the impact bitcoin has on their profession and how it could affect their business.