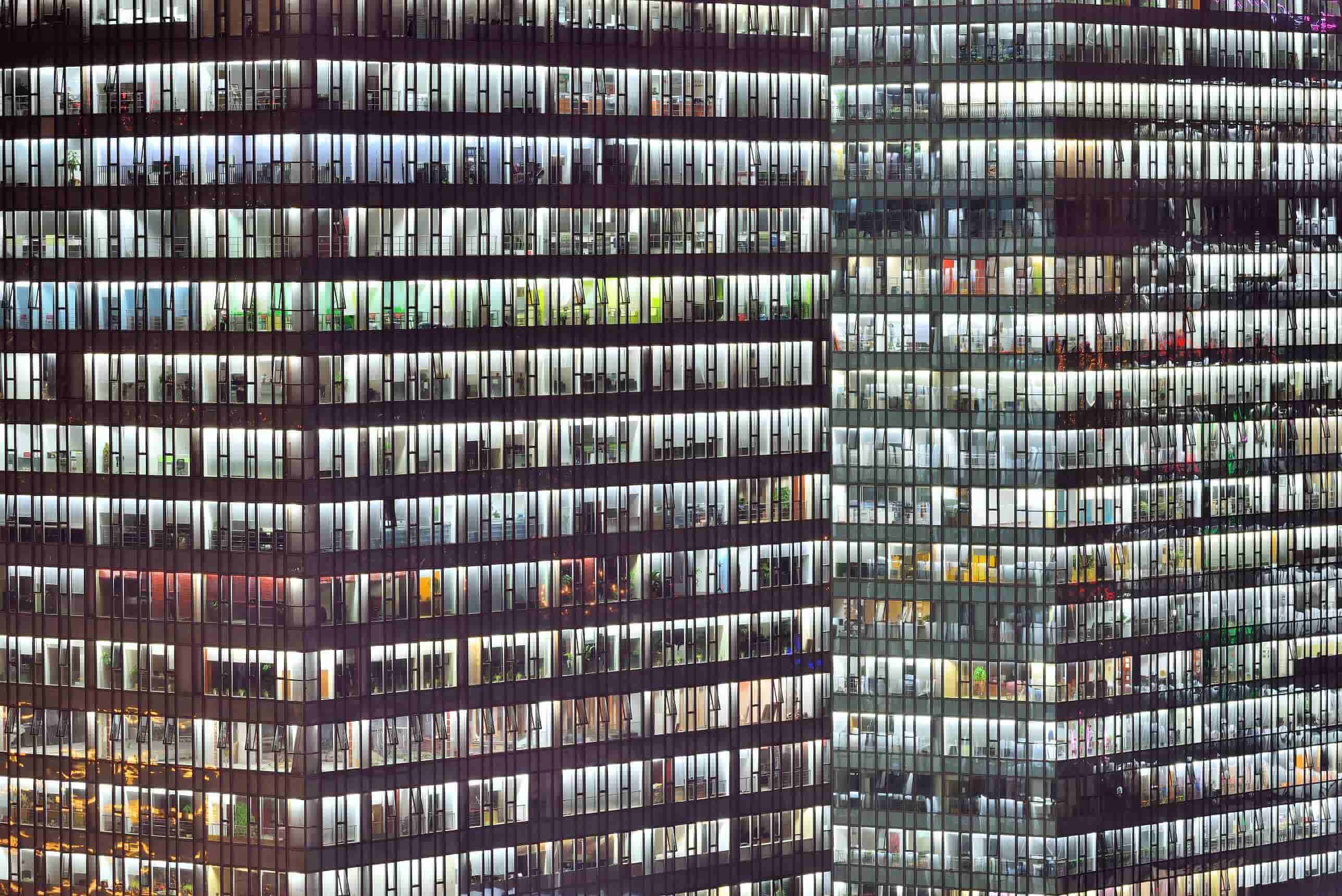 The ability to identify spray and pray attacks is an important insight for security personnel. It can help them prioritize which attacks to investigate, evaluate the true risk to their application, and/or identify a sniffing attack that could be a precursor to a more serious targeted one.

We recently updated Attack Analytics to provide a list of spray and pray attacks that may hit your business as part of a larger campaign. We researched these attacks using crowdsourced attack data gathered with permission from our customers. This insight is now presented in our Attack Analytics dashboard, as can be seen in the red circled portion of Figure 1 below. 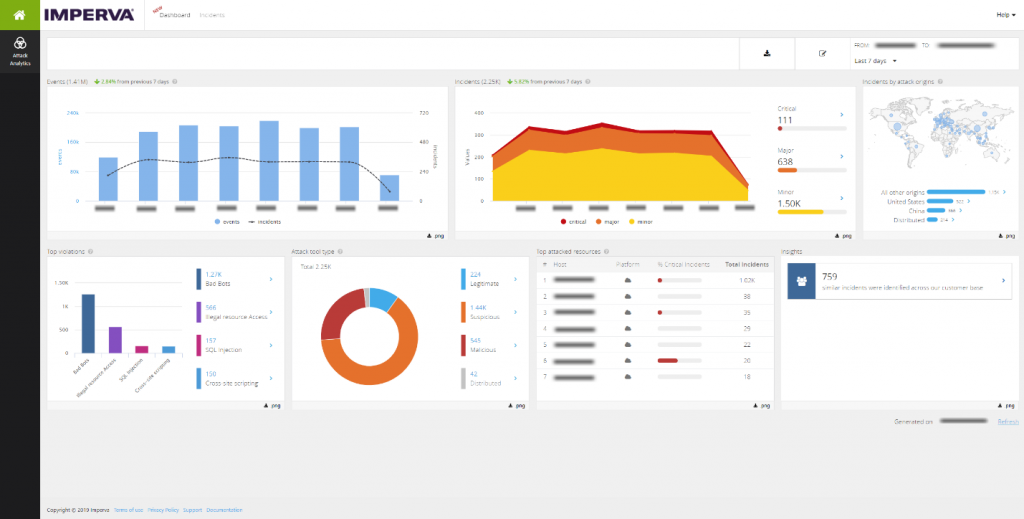 Clicking on the Similar Incidents Insights section shows more detail on the related attacks (Figure 2). An alternative way to get the list of spray and pray incidents potentially affecting the user is to login to the console and use the “How common” filter. 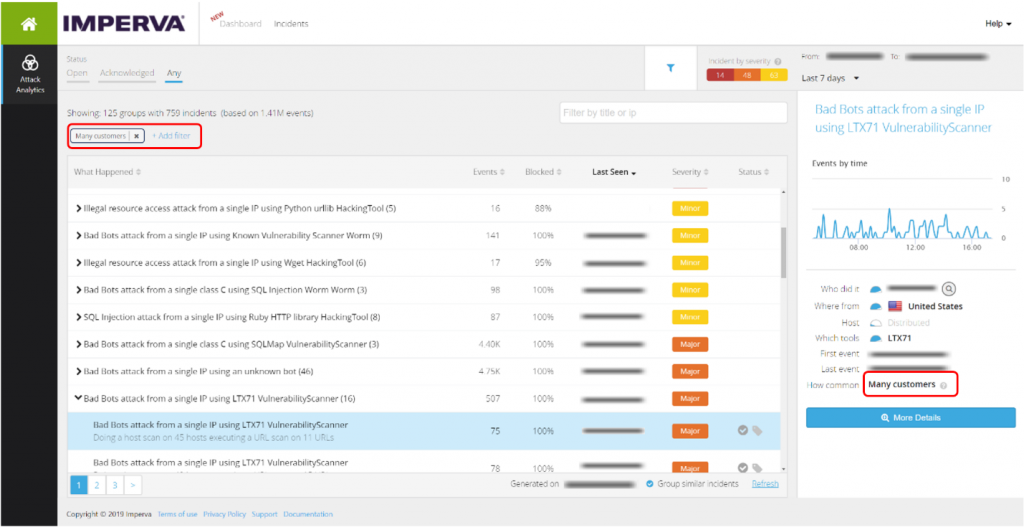 A closer view of the incidents will tell you the common attributes of the attack affecting other users (Figure 3). 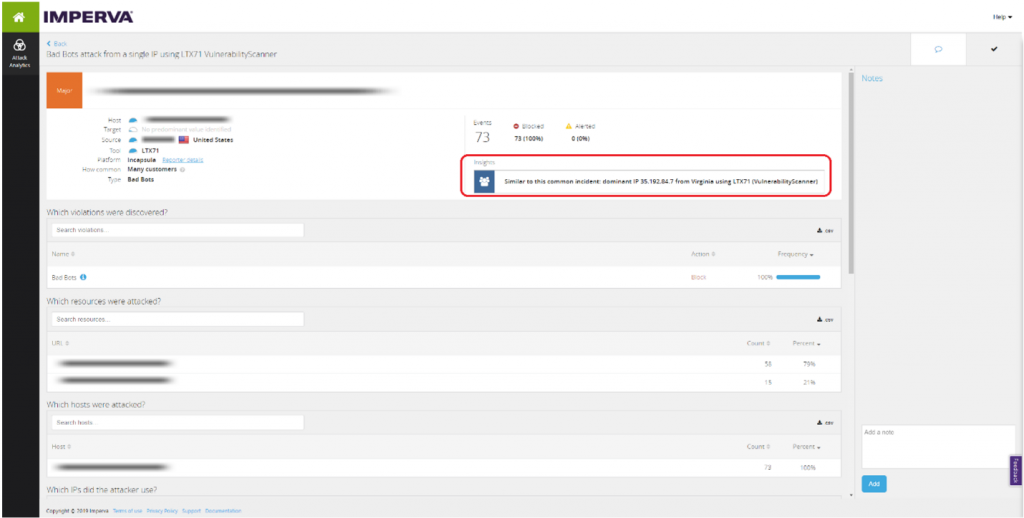 How Our Algorithm Works

Another significant common factor is the attack type, in particular, a similar set of rules that were violated in the Web Application Firewall (WAF). Sometimes, the same tools are observed, or the tools belong to the same type of attacks. The time element is also key, especially the duration of the attack or the frequency.

The Attack Analytics algorithm is designed to identify groups of cross-account incidents. Each group has a set of common features that ties the incidents together. When we reviewed the results and the characteristics of various groupings, we discovered interesting patterns. First, most attacks (83.3%) were common among customers (Figure 4). Second, most attacks (67.4%) belong to groups with single source, meaning the attack came from the same IP address. Third, Bad Bot attacks still have a significant presence (41.1%). In 14.8% of the attacks, a common resource (like a URL) is attacked. 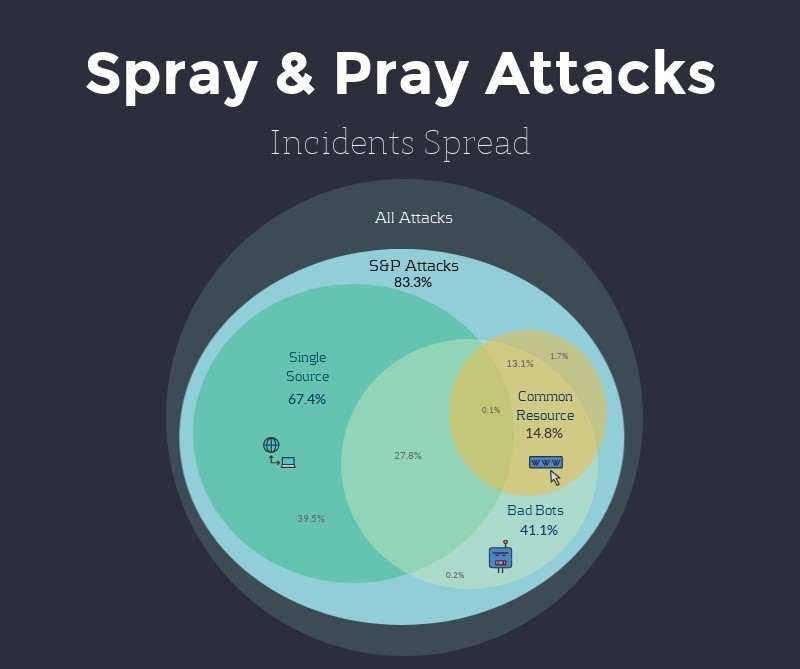 Here’s an interesting example – a spray and pray attack from a single IP that attacked 1,368 customers in the same 3 consecutive days with the same vulnerability scanner, LTX71. We’ve also seen Bad Bots illegally accessing resources, attacking from the same subnet located in Illinois using a Trustwave vulnerability scanner. These bots performed a URLs scan on our customers resources – an attack which was blocked by our Web Application Firewall (WAF). Another attack involved a German IP trying to access the same WordPress-created system files  on more than 50 different customers with a cURL. And the list goes on.

Identifying spray and pray attacks is a great example of using the intelligence from Imperva’s customer community to create insights that will help speed up your security investigations. Spray and pray attacks are not the only way of adding insights from community knowledge. Using machine-learning algorithms combined with domain knowledge, we plan to add more security insights like these to our Attack Analytics dashboard in the near future.