Aware of the risks and costs associated with DDoS attacks, most enterprises protect their websites and network infrastructure with some sort of mitigation solution. However, as the threat landscape continues to evolve, it’s getting harder to gauge your organization’s DDoS readiness and identify the soft spots in your defenses.

Jointly created by Imperva Incapsula and a security consulting firm Red Button, the DDoS Resiliency Score (DRS) calculator is a free online tool you can use to evaluate the effectiveness of your organization’s DDoS mitigation strategy.

The calculator measures your DDoS resiliency score based on a short questionnaire about your network infrastructure, security products and procedures.

The results are provided in a detailed report that includes:

Example of a virtual penetration test appearing in a DRS report

What is the DDoS Resiliency Score?

The DRS indicates your organization’s ability to withstand various degrees of DDoS attacks. Its scoring mechanism is based on seven ascending levels of DDoS attacks, with each level introducing new assault types, more sophisticated attack vectors, and larger traffic volumes. 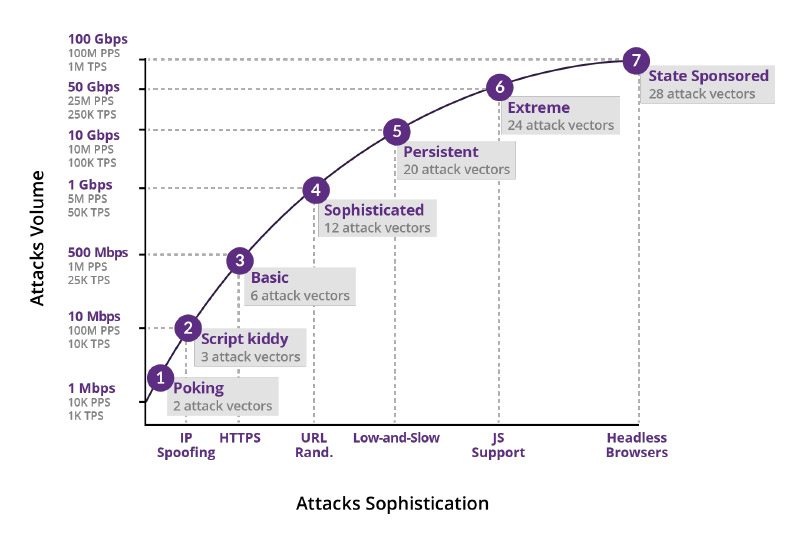 DRS report takes into an account attack volume and sophistication

How is DRS calculated?

Based on extensive knowledge of DDoS attacks and the various protection solutions available, our expert system calculates DRS based on several factors. It includes:

After examining these and other factors within the context of your specific network architecture, security posture and business environment, the DRS gives you an objective, quantitative evaluation of your DDoS threat resiliency.