More recently, techniques such as CDN peering have benefited website owners by further speeding up their sites while reducing operational expenses. This article focuses on how CDN peering improves content delivery and enhances website performance.

What are Internet Exchanges?

In order to understand CDN peering, we have to first explain where it all takes place: the Internet Exchange (IX). An IX is a physical infrastructure, usually in a well-connected data center, where Internet Service Providers (ISPs) and CDNs exchange traffic with each other as if they were part of the same network. This exchange over physical infrastructure is what’s known as “peering.”

Generally speaking, big ISPs and transit providers like to peer with their equivalents because by exchanging traffic with other major players, they save on transit costs and leverage better routes. However, they also tend to exclude smaller ISPs and CDNs. By, doing this the bigger ISPs can effectively force the little guys to pay for transit instead of getting it for free. Unless the little guys can find optimized delivery routes elsewhere.

That’s where CDN peering comes into play. Unlike ISPs, CDNs usually have open peering policies, which means they are effectively equal opportunity transit exchangers who will trade traffic with anyone. This openness allows CDNs to band together and peer with each other in order to reap the same benefits as the big guys—better routes, faster connections, and lower transit costs. 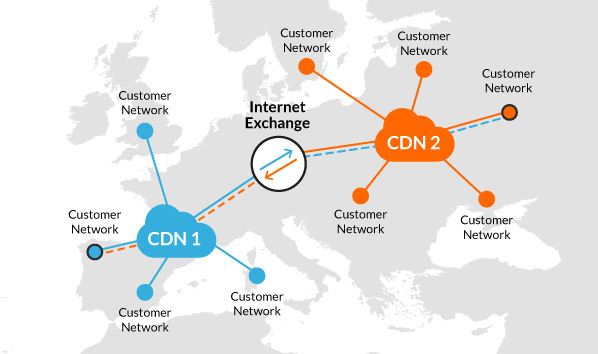 The Benefits of a Peered System

Some of the major advantages of peering include:

One of the primary benefits of a CDN is that by bringing websites as close to their users as possible, it reduces latency and improves website performance. IXs further maximize proximity by effectively providing CDNs with shortcuts between website visitor and origin server.

Unfortunately, as not all best routes are always available from any specific IX, you can only gain access to the routes of the networks peering with you on that IX. However, by using multiple IXs for peering, CDNs can essentially access multiple shortcuts from which they can select the optimal route. It is in the best interest of a CDN to deploy their points-of-presence (PoPs) in IX-enabled data centers, since these contain optimized routes to desired regions and networks.

For example, if a CDN wanted to increase its coverage within South America, it could invest in infrastructure within that region by building a PoP, or alternatively, it could deploy within the NAP of the Americas IX in Miami, which already has optimized routes and coverage across Latin America. Although having a PoP would be the ideal means of expanding network’s presence in the region, deploying within a regional IX is an economical way for a CDN to leverage an existing, optimized local network for delivery without directly investing in it.

Adding New IXs to the Mix

By deploying peering where it matters most, CDNs can significantly improve their offering to their clients, providing them with faster, more secure transit and, overall, an improved, more optimized network.

For example, Incapsula has added 7 new IX locations over the last few months, to cover key strategic access points across the globe, including Europe, North America, and East Asia. Equally important, thanks to a new peering arrangement at the CUHK Hong Kong IX, it also offers greatly improved performance in China, where having a PoP would be less practical due to high costs and restrictive regulations.

Because CDN peering provides inherent benefits to CDN operators, CDN customers, and website visitors alike, CDNs should look to partner with strategically important data centers with IXs to offer the advantages of CDN peering to its clients.

Peering into the Future

A staple of modern content delivery, CDN peering greatly extends the benefits of a CDN to both website owners and therefore, their users as well. 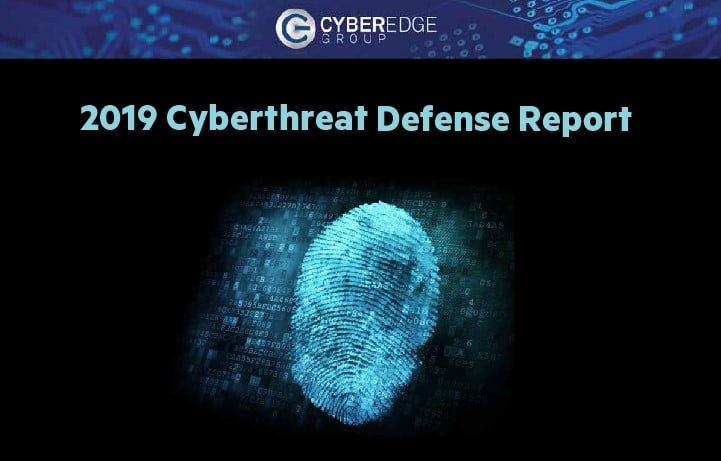 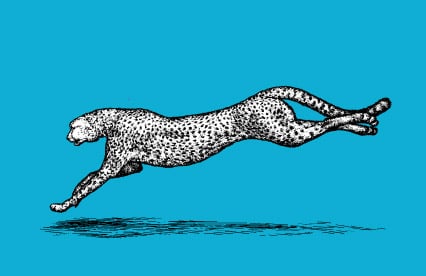