We have all heard of account takeover attempts by hackers to gain access to online accounts by guessing user accounts and passwords. Credential stuffing is an account takeover method that leverages a weak point of many users—their re-using of passwords. Here the perpetrator obtains a list of usernames and passwords leaked from one service, say yahoo.com, and runs them against other well-known services—gmail.com and linkedin.com, for example.

The scale of recent leaked credentials lists, often reaching hundreds of thousands or even millions of records in a single hack, lead attackers to develop and use new methodologies, moving forward from the old and basic brute-force attack.

More recently, botnets were introduced into credential stuffing attacks to allow for distributing load between different nodes, but also to overcome simple defense mechanisms by spreading the attack between hundreds or thousands of sources. Tools to automate client interaction were then developed, so that they can be deployed on the botnet’s zombie devices. As a result, cybercrime communities have emerged, recommending tactics and selling automated client configuration files dedicated to particular targets.

We recently saw this threat in the wild when detecting and mitigating credential stuffing attacks attempted on Incapsula customers.

Anatomy of an Attack

A typical attack unfolds in these stages:

The success rate will be low, on average of 1 percent or less. However, with a botnet and the tool that can examine large numbers of accounts, the result can be thousands of successful account breaches.

A Media Service Under Attack

The Incapsula security group was recently called to aid a media service targeted by such attacks. With an intense research effort and valuable cooperation by the customer, we were able to pinpoint and mitigate the attack.

Our investigation started with identifying the presence of a known tool used for automating access to the authentication process on the target domain. The tool is Sentry MBA, an HTTP bot which allows automated interaction with webpages. The tool is highly configurable and can mitigate security controls, such as rate limiting or simple CAPTCHAs. The configuration file required to navigate the unique characteristics of the target site can be complex to create. However, since it requires knowledge of the site’s controls, ready-made configuration files for many sites can be purchased online.

By investigating the source IPs used by this botnet, we quickly found a common pattern: Many of them were associated with a particular brand of home routers, that had been publicly reported to have serious vulnerabilities just a month before.

These findings allowed us to employ the advanced Incapsula classification engine to target the attacking bots. Using new classification techniques, we identified a unique TLS fingerprint that was associated with the router platform.  We were then able to target and block the specific attack without impacting legitimate users. 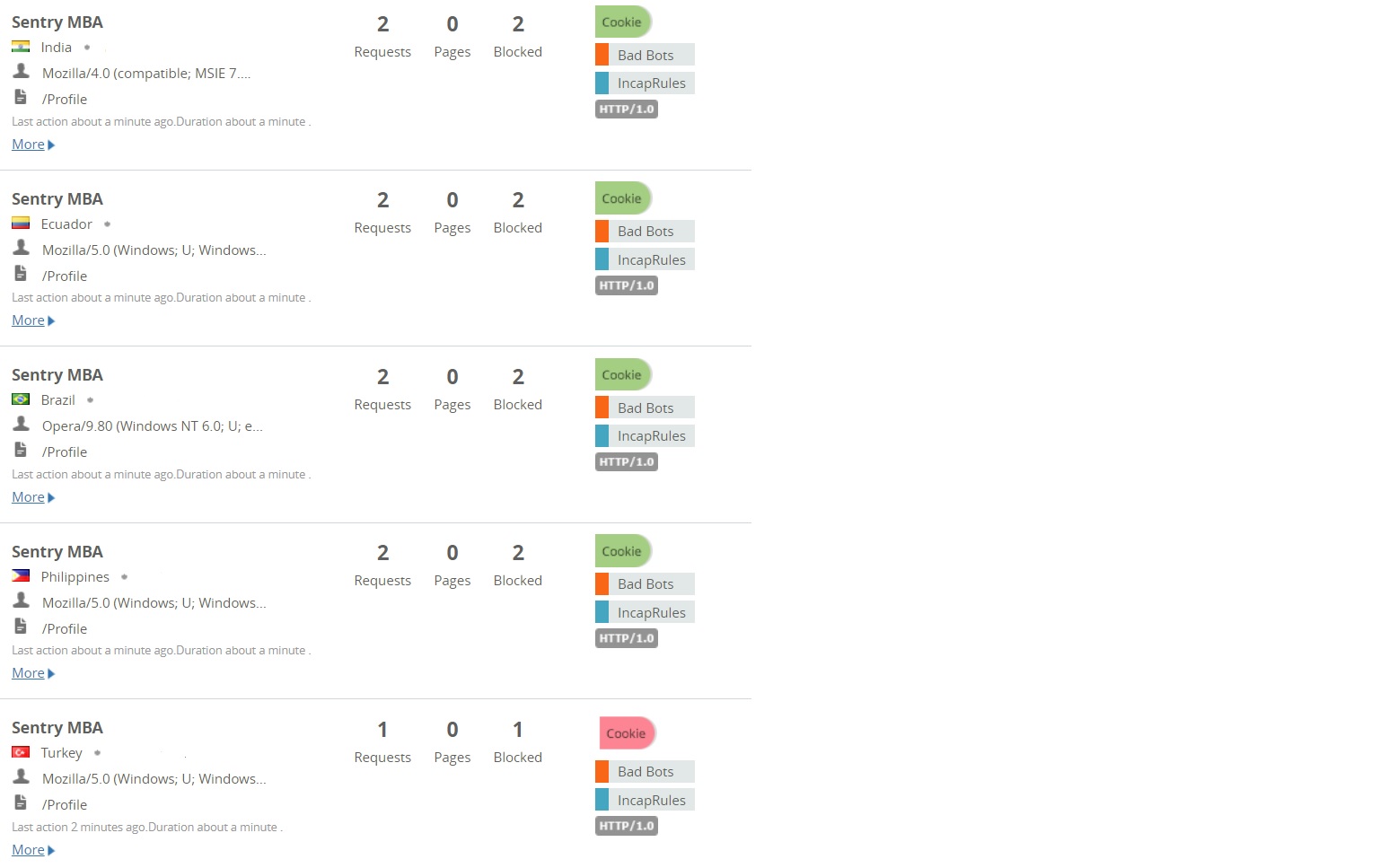 The TLS fingerprint is based on the Hello packet the client sends at start of the TLS session between client and server. Since this packet is not encrypted and is static from session to session for each client, the client is uniquely identified based on data in the packet.

Protecting the Site with Incapsula

Incapsula has several tools to defend against the attacks and we implemented them, where required, at the media service. The rules shown below are IncapRules our customers use to configure security, delivery, and access control rules. They can be manually coded or generated using a dedicated GUI.

Check with Incapsula support to determine the best rule to apply on your system. This sample rule filters an IP that made more than 15 POST requests in one minute to a URL that has the word login: 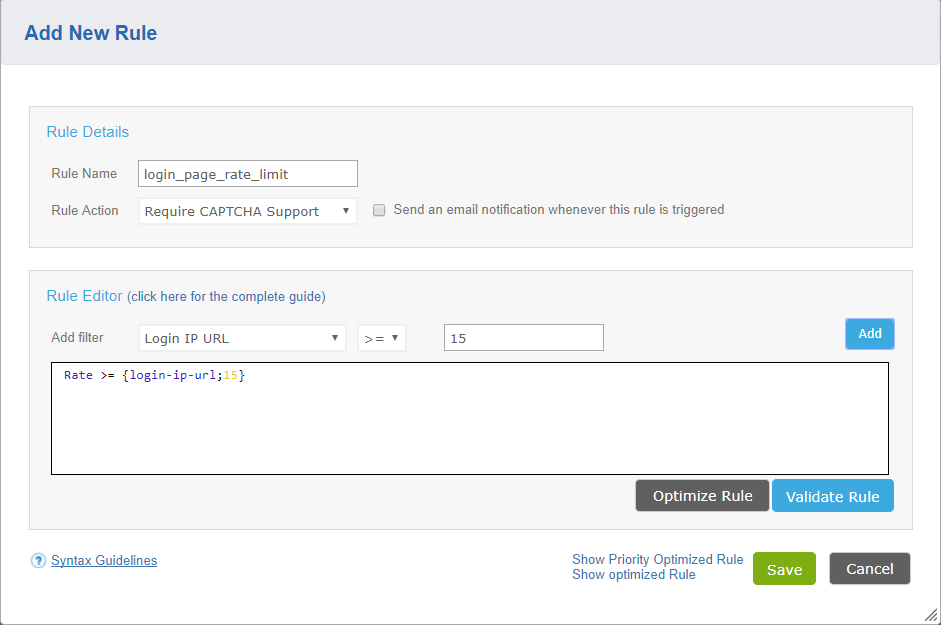 Check with Incapsula support to determine the best rule to apply on your system.

To cover cases where the login page URL does not have the word login, you can then add the following rule to filter common parameter names on the login page, such as username, user or password: 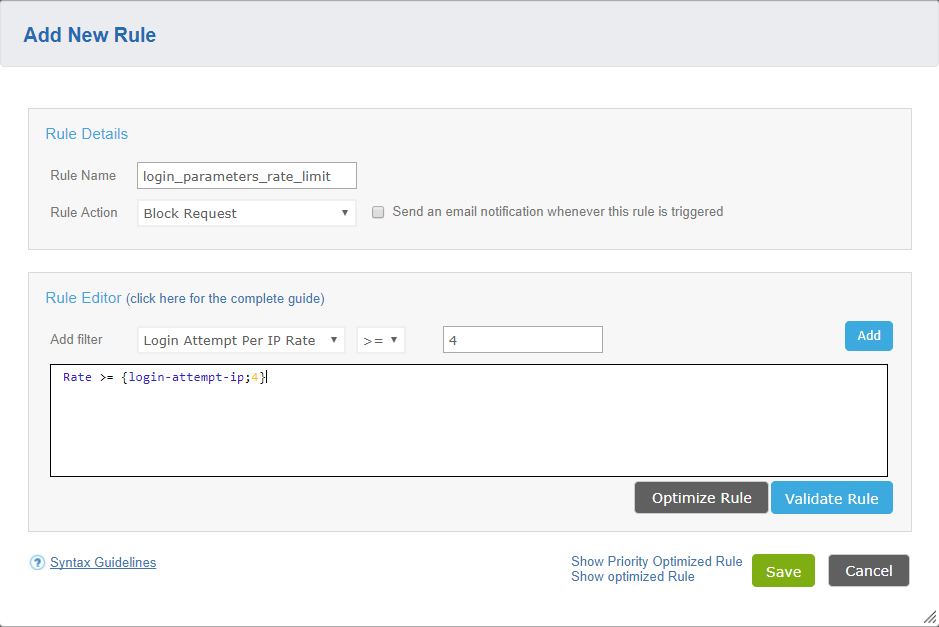 For each rule an action is defined, such as to block the request or to require a CAPTCHA. 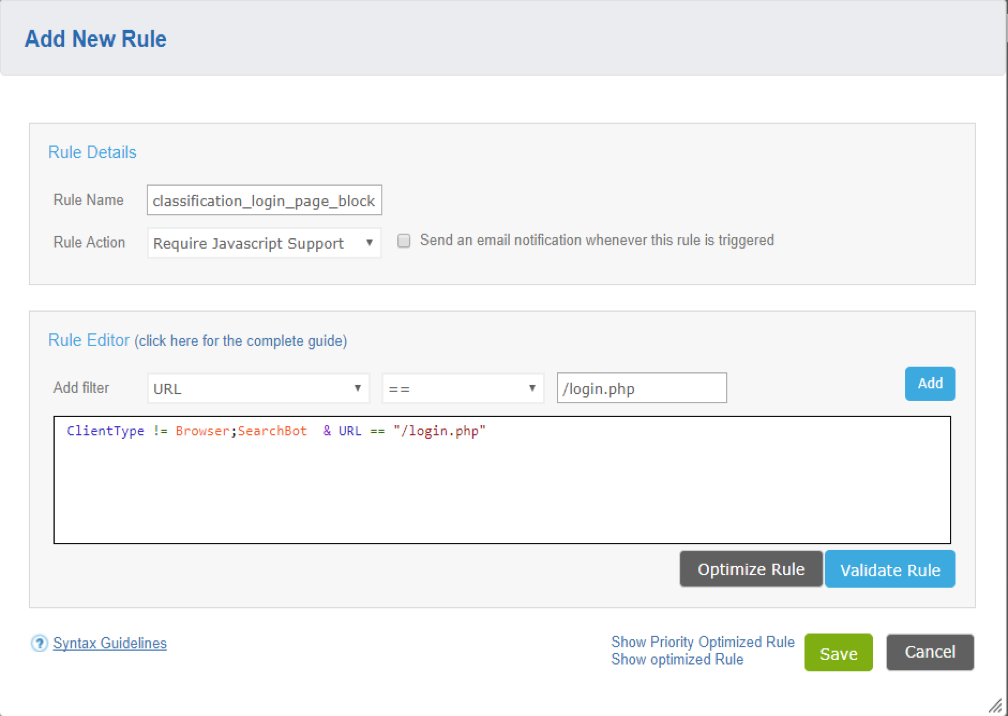 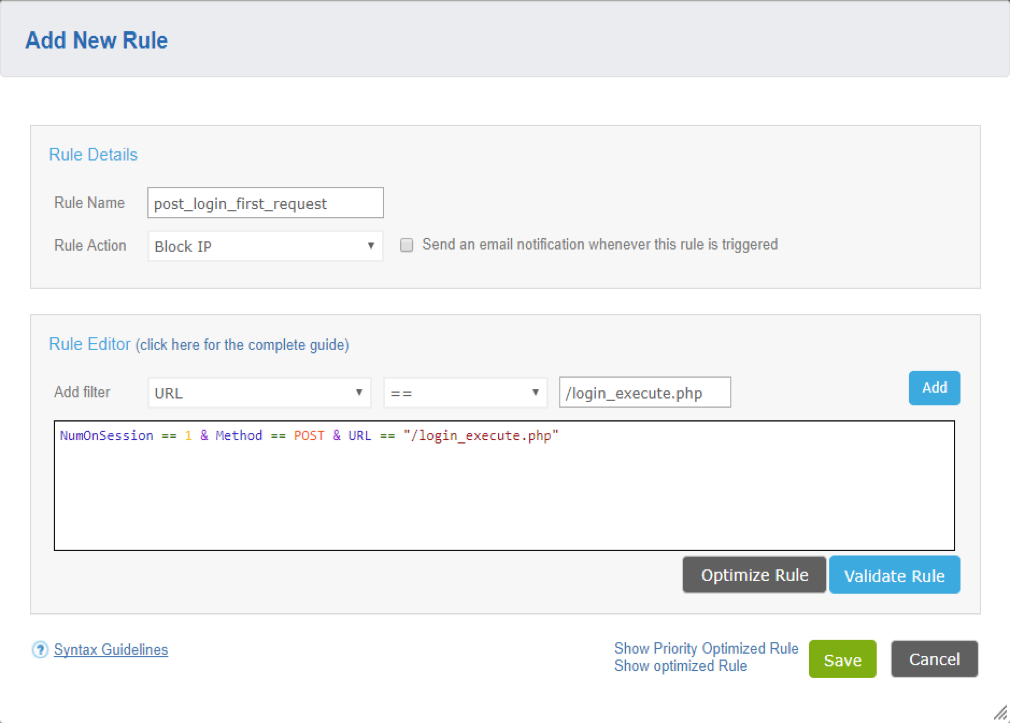 Start by protecting and monitoring your site to harden accounts against the possibility of access by an attacker. These are some of the actions that we strongly recommend.

As an example of an additional login attack surface, there was a recent attack on the Forgot Password interface of a commerce site. We believe that the perpetrator in this case was using breached email account credentials to get accounts connected to that email address. By initiating multiple requests to the site’s Forgot Password page, in an attempt to access the email to reset the password, an attacker could take control of the commerce account. We created a rule that detected and blocked the attack. See recommendations on how to harden your site against such an attack.

With the large scale of credential stuffing attacks, enabled by botnets and automated tools, be sure to protect your site with the Incapsula tools and suggestions we’ve described.