It seems these days that DDoS is moving more and more toward what is known as “application level DDos”. While network level DDoS is made of nonsense packets (like spoofed ICMP packets, or a flood of SYN TCP packets), which are not intended to complete any meaningful transaction, application level DDoS is made of real requests for the service, and that’s exactly what makes it so problematic.

Overcoming a network level attack is typically about having enough CPU and bandwidth. The content of the attack itself is meaningless. However, when the attack is made up of seemingly innocent requests, defense is not trivial – and hackers are well aware of this. All it takes are just a few thousand requests per second to kill most of today’s application stacks, just an order of magnitude more, and even the web servers themselves buckle. In fact, just two or three sources can kill a mammoth Linux server, because no matter how impressive the server spec is, if the request is served by LAMP, the load on the database and the scripting language is sufficient to lead to the eventual take down of the server (around 5-10K rps max). The client is simple: it opens a connection, sends a request to a single URL, and repeats this Ad infinitum.

In this type of attack, the attacker needs to open real TCP connections — so they can actually be blocked effectively (as opposed to spoofed ICMP packets, which you don’t really know where they are coming from).

The most common advice sys-admins are given about preventing DDoS revolves around blocking the offending IPs. This starts out simple, but when it gets to 6000 concurrent IPs, manual configuration is simply not enough, and tools such as mod_deflate which are supposed to automate these actions are insufficient.

There are a few problems here: One is that even if everything does work, it takes time to map the whole botnet, and until then, the service is probably unavailable. Moreover, we’ve seen botnets that rate-limit the traffic coming out of a single IP address, as well as use HTTP/1.1 to reuse connections, and that makes this technique even less effective.

Some people even go further and suggest that you block a whole geo-region (such as APAC) using IP ranges. From our experience, if you are willing to accept some collateral damage, white-listing can be an effective method. Below you can see an example of positively identified agents in a medium attack (6000 concurrent bots); if we were to white list the United States, we’d reduce the traffic by 90%. Of course, for white-listing, a very granular analysis of IP addresses is needed.

Another common approach is to identify common patterns in the traffic, and block, based on that. For example: a particular URL, a particular User-Agent, etc.

While all of these are sometimes effective, the problem is that as botnets evolve (rapidly), they invest more and more in obscuring their behavior, by breaking patterns.

Here are two examples of recent botnets that we dealt with:

So what is the answer to the huge, attribute-mutating, rate-limiting, session-keeping bunch of bots?

Here are some of our conclusions:

For those who attempt to brave the attacks themselves: to some degree, all of these methods mentioned above can be implemented on a DIY basis. You can also read a great write-up about guerilla methods for defeating network attacks here. 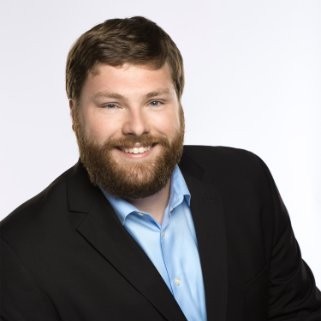